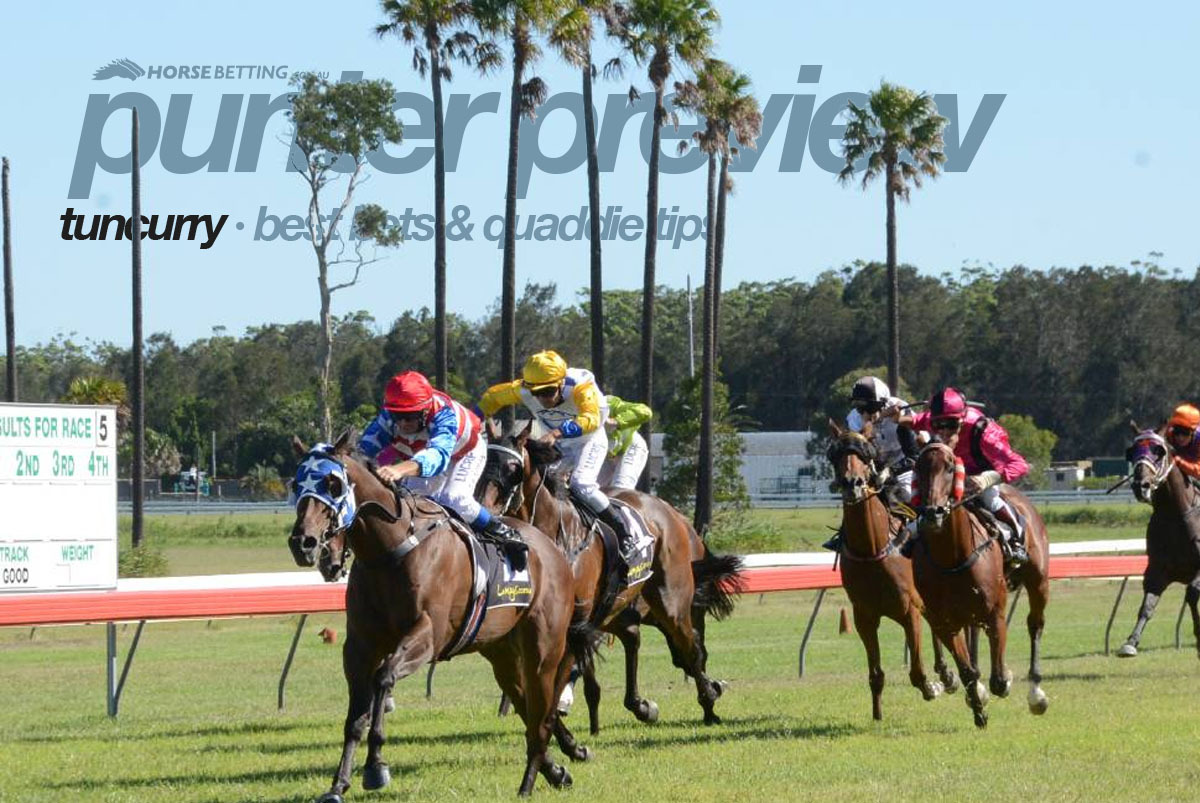 Racing heads to Tuncurry on Monday afternoon, where the Tuncurry-Forster Cup is the feature event of the day. Horsebetting’s country New South Wales form analyst presents his best bets, top odds and free quaddie numbers. The track is rated a Heavy 10, with the rail in the true position, for the meeting commencing at 1:40pm AEDT.

Joanne Hardy will bring Real Time Warrior to the Tuncurry-Forster Cup following his jaw dropping win at Rosehill on November 6 in the Country Classic. He gave the leader a near seven length head start when straightening but produced a stunning turn of foot to take out the race at $101. This looks much easier than that race and with Bailey Wheeler on board claiming 4kg, he is set to go around with just 57kg on his back. The seven-year-old son of Toorak Toff has dismal Heavy track form, but he is clearly the best horse in the race and if he can handle the going on Monday, then we expect Real Time Warrior to bring up a third win from his past four starts.

The Kris Lees-trained Fairey Barracuda comes to Tuncurry following a gutsy runner-up effort at Gosford on November 20. Having travelled three wide with no cover on debut, the five-year-old Rothesay mare stuck on gamely to go down by 1.66-lengths on the back of the tough run. She comes to Tuncurry and remains at the 1400m, but from barrier five she should be able to settle closer to the fence when on debut. With even luck, Aaron Bullock will look to have her settled in the one-one and if she brings the ability she showed at the trials prior to her debut win, then we expect Fairey Barracuda will bring up a maiden win at start two.

Previously with Leon & Troy Corstens, the now Mark Stewart-trained Lobster Noodles has enjoyed life in NSW and looks the one to be with in the final race of the day at a nice price. Having won at Grafton two starts back, the five-year-old Canford Cliffs mare loves racing up on speed and with Georgina McDonnell’s 1.5kg claim, she will go around with 59.5kg on her back. She has two wins on rain-affected ground but will need to be at her best to take out a race like this. From barrier 14, we expect McDonnell to have Lobster Noodles settled outside the leader and if she can handle the Heavy going, Lobster Noodles may prove hard to run down at a nice price.