The Aloisi Bates Syndicate as well as Rob Camilleri and team now have a track record to celebrate thanks to Kipling who broke the 410m track record at Horsham on Tuesday night.

“The little fella put the writing on the wall last week on a slow track,” trainer Rob Camilleri said.

“I said to the owners after his run last week that he will improve if the weather is a bit warmer.”

While the Aloisi Bates Syndicate maybe have been thinking track records when Rob planted the idea of significant improvement, Rob was a little more reserved heading into the race.

“He is a dog who has had plenty of niggling injuries and it was the best he had pulled up last week, but I didn’t necessarily think track records. It is a bit of weight on his shoulders – a possible track record run, but I am so happy he did it for the owners.”

“They have a terrific eye for a dog, and they are people who give back to the sport with each race they win,” Rob said.

“They just love the race and love their dogs.”

Formally trained in NSW, Kipling has had just nine starts since moving to Victoria for five wins and four seconds, which includes three wins on the trot.

The son of Fernando Bale x Some Kinda Girl’s track record was no fluke – stopping the clock more than eight lengths faster then any other 410m race run for the meeting.

What’s next for Kippling? Rob has his eyes on the Bendigo Cup series with the heats being run on 28 June.

The Aloisi Bates Syndicate also own Sandown Cup winner Rajasthan, who is jumping from box six in the 715m Gr8 Eight at Sandown Park on Thursday night.

A tough assignment, Rajasthan finds himself up against $2.50 TAB favourite True Detective, champion Tornado Tears, up and comer He Shall Power and track record holder Here’s Tears. 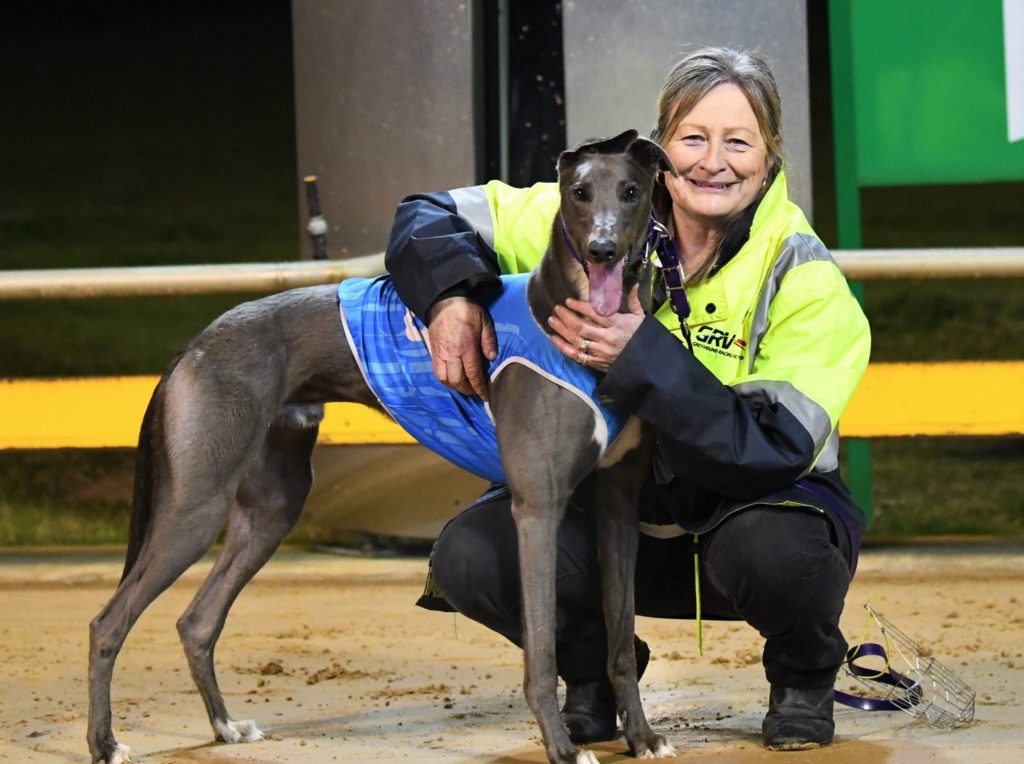