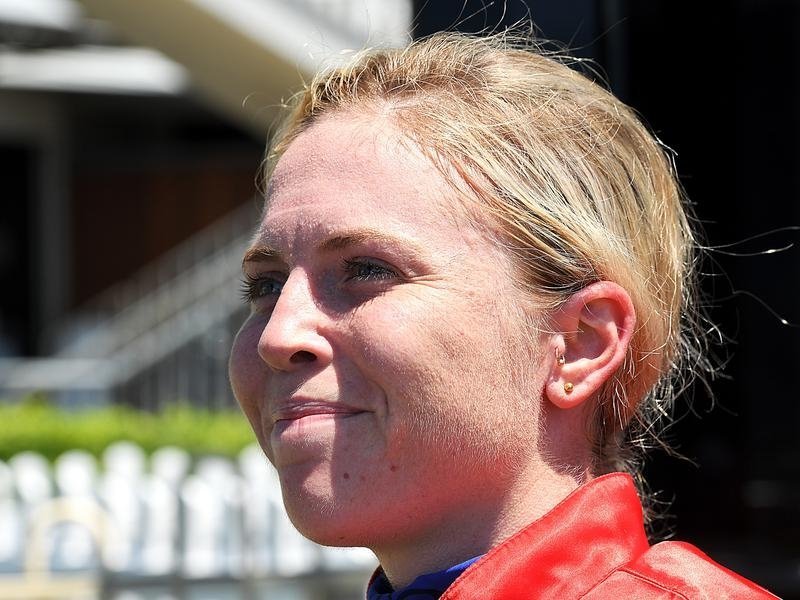 Queensland jockey Tiffani Brooker has been disqualified for nine months after a recent urine test showed traces of a number of prohibited drugs.

Stewards opened an inquiry after Brooker submitted a urine test at the Sunshine Coast on August 11.

But they said a penalty had to serve as a specific deterrent to Brooker and also a general deterrent to the wider industry to illustrate that using illicit drugs would not be tolerated.

Her penalty will expire on June 19 next year but if she provides details of suitable rehabilitation and counselling, consideration will be given to varying the final three months of her disqualification to a suspension.

Brooker must also provide a sample free of any banned substances before she resumes riding.

She was Brisbane’s leading apprentice two seasons ago and had returned to race riding in June after a lengthy absence because of a back injury.