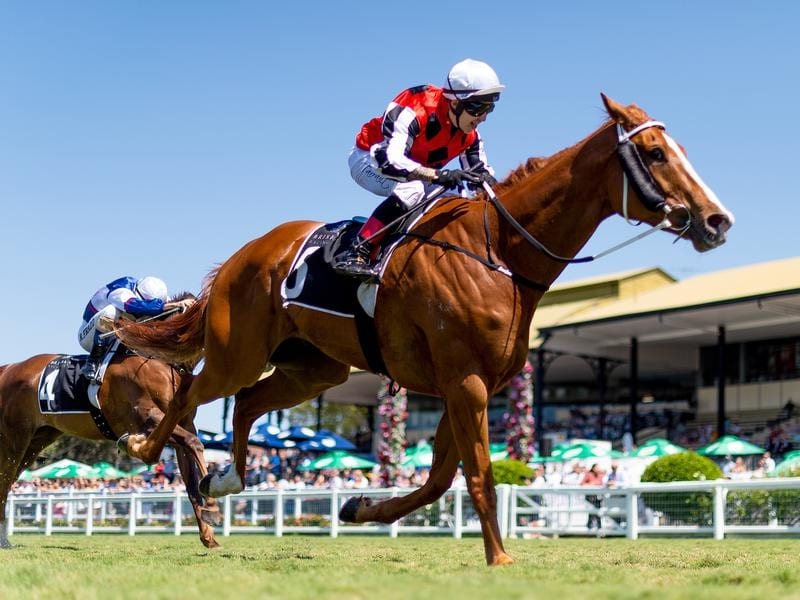 Trainer Kevin Kemp is considering a crack at the Winter Cup in Sydney with Fighting Teo.

Toowoomba stayer Fighting Teo could head to Sydney next month if he races well in the Aquis Hcp (2400m) at the Gold Coast on Friday.

The Gold Coast has hosted metropolitan standard meetings each Friday for the past two months after racing in Queensland was divided into regions.

Next month it reverts to provincial standard meetings as racing gets back to near normal programming.

Friday’s meeting holds plenty of interest because trainers will use the metropolitan standard prize money to boost their horses winter carnival ratings.

Fighting Teo is one of the few stayers in Queensland capable of matching it with southern horses during the winter.

The number of distance races in Queensland this winter have been drastically reduced due the limiting of the carnival features.

The main staying race is the Tattersalls Cup which will be run over 2400m on June 13.

Fighting Teo’s trainer Kevin Kemp has the Tattersall’s Cup in mind for the gelding but has a back up plan.

“I will nominate him for the Tattersalls Cup and also the Winter Cup in Sydney on the same day,” Kemp said.

“They are both 2400m and the Sydney race might be a bit weaker. The horse can get there but I won’t be able to travel with him.

“Either way I reckon he will be suited by the trip.”

“He was strong on the line when second at the Gold Coast over 2200m at his last start,” Kemp said.

“That was third up so he will be ready now.”

Trainer Tony Gollan is considering backing up promising two year old Corvo in the Group One J J Atkins if he wins the TAB 2YO Plate (1400m).

Corvo, who is raced by the Eureka Stud,won his only start at Doomben but would need to win on Friday to be any chance of sneaking into the J J Atkins field.

“He could back up but there are a lot of if’s before that happens,” Gollan said.

Leading Brisbane jockey Baylee Nothdurft will make the trip to the Gold Coast to ride Corvo.