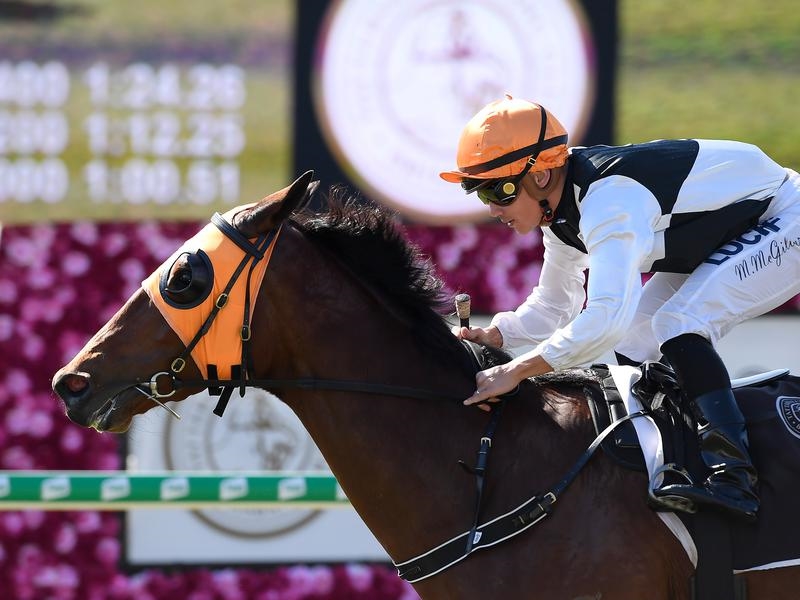 Star Of Michelin has passed a barrier trial test to race again after suffering cardiac arrhythmia.

Promising three-year-old Star Of Michelin has been passed fit to continue his winter campaign after recovering from a second episode of cardiac arrhythmia.

The gelding was an impressive barrier trial winner at the Sunshine Coast on Tuesday when he beat Red Stiletto by 3-3/4 lengths in 1:19.05s, the fastest time of the three 1270m-heats.

Star Of Michelin is rated among the top three-year-olds in Queensland and scored a brilliant win at Eagle Farm in late March.

He ran a long last in a Doomben benchmark race at his next start on April 11 when he as found to be suffering from cardiac arrhythmia.

It was the second episode of cardiac arrhythmia for Star Of Michelin and trainer Stuart Kendrick sent him to the university veterinary hospital for tests.

“They have done all of the tests and he has been cleared of damage,” Kendrick said.

“We trialled him and he won easily and passed the vet’s test.

“He can run in the QTIS three-year-old race at the Sunshine Coast on Friday week.

“It is a metropolitan meeting and the distance of the race is 1400 metres so he is suited.”

Star Of Michelin could then be set for some the black-type races later in the winter.

“It is frustrating but we will just get past Friday week before making any firm plans,” Kendrick said.

Stablemate Tarzan is also on the comeback trail and was given a relatively easy trial when second to Valario over 850m.

Tarzan could resume in the Listed Chief De Beers (1000m) at the Sunshine Coast on Friday week.

The gelding is a track and distance specialist with 10 of his 16 wins around the circuit.