Be told… Champion sprinter Simon Told Helen is back to his brilliant best!

The catch-me-if-you-can speedster is eyeing a third Group 1 win after claiming a Harrison-Dawson heat (515m) in sensational style at Sandown tonight.

Trained by David Burnett, Simon Told Helen (pictured above) took out Heat 3 in a sizzling 29.21sec, which sliced 2.5L off his previous best at Sandown. It was his 13th win from 22 starts.

Simon Told Helen has won two of three G1s (Silver Chief and Perth Cup) and finished second in the G2 Warrnambool Cup – all from his past eight starts!

Jax Bale (2) took his game to a new level with a commanding 29.14sec victory.

Meanwhile, in Heat 2, Australia’s No. 1 sprinter Tiggerlong Tonk was the raging hot favourite and expected to land his fifth win from his past six starts.

But he blew the start and it was promising prospect Jax Bale who came of age with a stunning all-the-way 29.14sec victory.

A last-start finalist in the G2 Warrnambool Cup (450m), Jax Bale snared his fifth win from only 12 starts. His winning time carved 6L off his previous best at Sandown.

Dailly is chasing her second Harrison-Dawson trophy, having won with megastar Fernando Bale in 2015. (She will also be represented by Leon Bale in the final.)

But don’t’ take anything away from Tiggerlong Tonk – champions are sometimes beaten but they’re never defeated!

And, in Heat 1, a lot of interest centred on NSW star Good Odds Harada – a litter brother of retired superstar Feral Franky – who recently transferred to the powerful Rowsley kennel of Anthony Azzopardi.

But it was the Matthew Lanigan-trained Vivatar who left Good Odds Harada – Australia’s third-highest stakes earning greyhound ($1,283,355) – in his wake.

A dual Group 2 finalist (Geelong and Horsham cups), Vivatar registered his 16th win from 46 starts. He also notched his fifth win in nine starts from Box 1.

Listed below is the box draw for the G1 Harrison-Dawson final (515m) at Sandown on May 21. 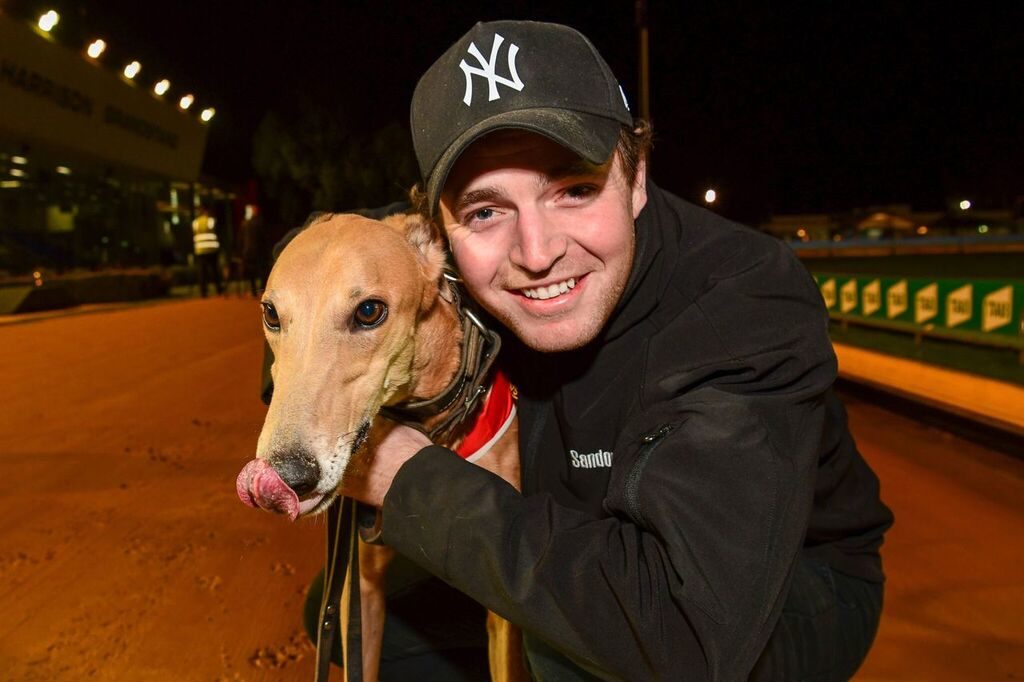 Vivatar with trainer Matthew Lanigan after his determined heat win.

What a race this will be!

WATCH: There was no shifting VIVATAR (1) from the rail in tonight’s first G1 #HarrisonDawson heat at Sandown Park, with Matt Lanigan’s greyhound finding an extra gear when it mattered to score in 29.65sec.

WATCH: JAX BALE (2) took his game to a new level in a Harrison-Dawson heat at Sandown Park, eclipsing the likes of TIGGERLONG TONK (6) and FERNANDO’S RIOT (3) in a low-flying 29.14sec!