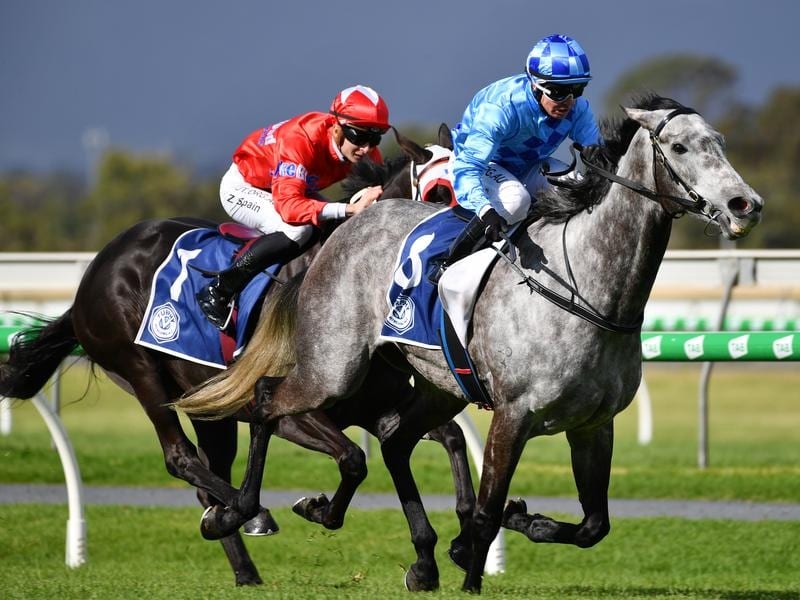 Shrouded In Mist has caught trainer Tony McEvoy by surprise in the Queen Of The South Stakes.

Shrouded In Mist has exceeded her trainer Tony McEvoy’s expectations with an upset front-running win in the Queen Of The South Stakes in Adelaide.

McEvoy, who trains in partnership with his son Calvin, admits Shrouded In Mist’s owner had been the one who had been keen for the five-year-old to run in Saturday’s Group Two race for fillies and mares at Morphettville.

The decision paid off.

After McEvoy notified stewards of a change in tactics with the intention to lead, Shrouded In Mist ($21) was able to dictate terms in front under Barend Vorster before holding her rivals at bay in the straight to claim her sixth victory from 29 starts but importantly her first stakes win.

The mare had won first-up this campaign in a benchmark race in Adelaide but had finished second last in her past two starts.

“I didn’t quite think this mare was in the right form.”

He thanked the mare’s owner Peter Katelanis for pushing to run Shrouded In Mist.

“She didn’t have the form, I didn’t believe, to go to this race and I was a bit keen to run her in a lesser race today. But he was very strong and I thank him very much now,” McEvoy said.

“He was keen to put her forward in the race and we went to the stewards.

“Even though she didn’t jump cleanly Barend went on with that and she got quite an easy lead. It was a good effort.”

Oceanex, winner of the Group Two Matriarch Stakes last spring, was stepping beyond 2040m for the first time and sat just off leader Sopressa before going on to defeat her by 1-3/4-lengths.

Trained by Mick Price and Michael Kent Jnr, Oceanex is exempt from the ballot for The Andrew Ramsden (2800m) at Flemington on May 16 if her connections decide to head that way.

The winner of the Andrew Ramsden earns a ballot exemption into this year’s Melbourne Cup.