Run Baba Run – named after a former star American greyhound – is forging her own racetrack reputation in the land down under.

But on Friday night at Wentworth Park, she faces her toughest assignment in the $75,000-to-the-winner Group 1 National Futurity (520m). She will exit from box two and is quoted at $11.00 on TAB Fixed Odds betting.

Run Baba Run received her sobriquet from Galea’s wife Tess, who ‘looked up’ a list of former topliners in the US. Call it fate, but some of Run Baba Run’s class – the US version – has metaphorically ‘rubbed off’ on Run Baba Run – Oz style.

“She’s the type that needs three or four looks at a track before showing her best… I think she’s got improvement in her for the final, but I don’t think she’s up to winning it,” Galea said.

However, Galea says she’s probably going to be up there rounding the first turn. “She’ll hug the rail… And, with a bit of luck, she could fill a place,” he said. “That’s why we took her up there, she’s normally quick out of the boxes.”

A hobby trainer and auto-electrician by trade, Galea paid homage to his right-hand man – son Ryan, 28, who builds commercial coolrooms for a living.

“It’s a great feeling to own, train and breed any greyhound let alone a Group 1 finalist, but I’m most happy for my son… He’s been in the sport since he could walk,” Galea said.

Galea, a jack-of-all trades who also specialises in manufacturing dog transporters for industry participants, added that “we’re just excited to be in the final”.

Galea has bred three litters from Little Pookie. The first, a litter of seven by Sisco Rage, all won races. Then followed Run Baba Run’s litter, of which eight of the nine have been successful.

Little Pookie is heavily in pup to Mepunga Blazer, due on January 28. 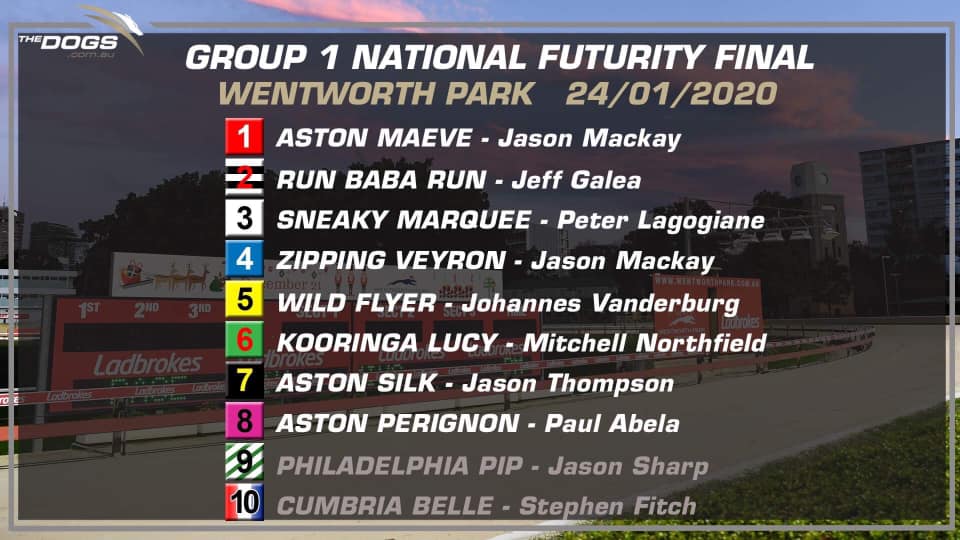