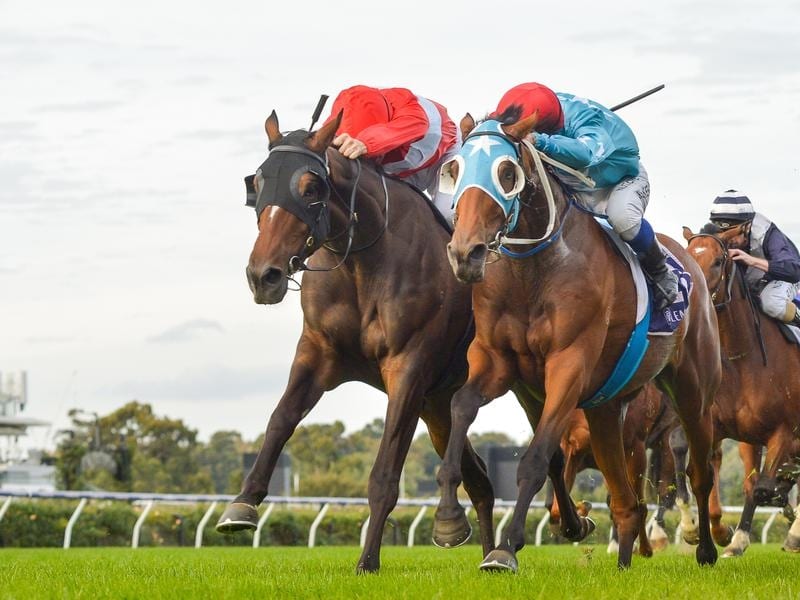 The Group One South Australian Derby shapes as the next likely target for VRC St Leger winner Sacramento.

The gelding’s nose victory over Saint Eustace in Saturday’s Listed 2800m race for three-year-olds at Flemington gave co-trainers Gai Waterhouse and Adrian Bott their third-straight St Leger and Waterhouse her fifth in the past eight years.

Two of the stable’s previous four St Leger winners progressed to the Group One South Australian Derby at their next starts, including Runaway who finished third in 2018.

Bott indicated the stable was unlikely to have runners in the Australasian Oaks and Robert Sangster Stakes on Saturday but Sacramento was headed to the South Australian Derby (2500m) a week later.

“I think the Derby profiles as a nice race for him,” Bott told RSN927.

“We did that previously with Runaway and I think he ran an excellent race off the back of the St Leger.

“That’s the most likely path that we’ll look at but we’ll still just decide over the next few days what we do.”

Sacramento won a maiden at Queanbeyan and class one at Newcastle earlier this campaign before running second at Warwick Farm over 2400m leading into the Group One Australian Derby at Randwick.

He finished fifth in the Australian Derby won by Quick Thinker, before taking out the St Leger under Ben Melham at Flemington.

“All he can do is stay and it was good to see a bit of his versatility there yesterday with Ben just electing to ride the conditions on the day and take a sit.

“It produced a few hairy moments, I won’t deny that, but certainly provided a thrilling finish for us anyway.”

While Sacramento showed his staying credentials at Flemington, South Australian colt Dalasan continued his march to the Derby with a convincing win in Saturday’s Group Three Chairman’s Stakes (2035m) at Morphettville.