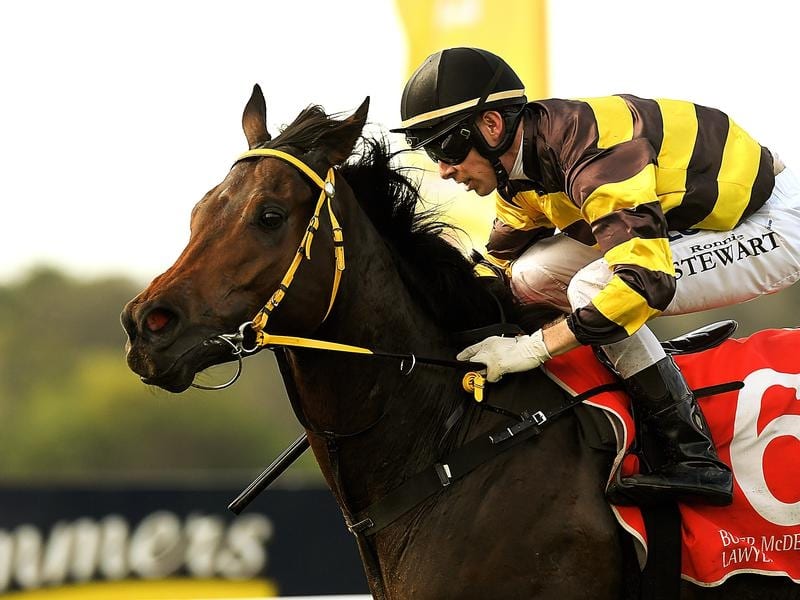 Ringo’s A Rockstar will be out to improve on an outstanding record at the Sunshine Coast.

Ringo’s A Rockstar’s will be out to enhance his outstanding record over 1000 metres at the Sunshine Coast where he takes on a classy field.

The Anzac Day meeting on Saturday was set to mark the start of the winter carnival which has been revised during the coronavirus pandemic.

Instead, Racing Queensland has scheduled 25 black-type races of which only two are at Group One level, the Stradbroke Handicap and JJ Atkins, both on June 6.

Saturday’s Sunshine Coast meeting will still be used to launch the winter campaigns of several horses.

Ringo’s A Rockstar takes on a well above average field in the Open Handicap (1000m) but will not be out of place.

He has had seven starts at the track and distance trip for five wins and a second when he was beaten a nose.

Ringo’s A Rockstar was the last horse trained by the late jockey and trainer Norm Stephens.

The gelding is now trained by Stephens’ son Wayne who has a small team at Deagon in Brisbane’s northern seaside.

Wayne Stephens has brought Ringo’s A Rockstar back after he suffered a suspensory ligament injury in December 2018.

The gelding scored his first win since returning from the injury at the Sunshine Coast over 1000m last Friday.

“It is a strong field on Saturday but he does love the big tracks. After Saturday we can have a think about the winter,” Stephens said.

A field of 14 has been declared for the sprint headed by Vega One having his first start since his victory in the Magic Millions Cup in January.