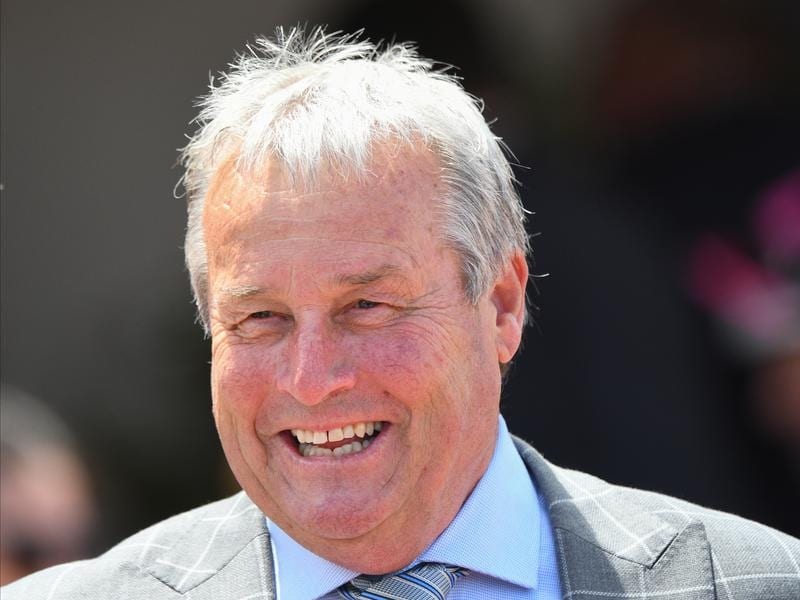 Trainer Gordon Richards has two hopes in The Goodwood on Saturday.

Trainer Gordon Richard’s initial thought after the barrier draw for favourite Gytrash in The Goodwood at Morphettville was that it was not an ideal starting position.

But on reflection gate 12 is not disastrous and will not deny Gytrash his chance of winning Adelaide’s time honoured Group One sprint on Saturday.

Gytrash holds top position in betting at $3.50 from Santa Ana Lane and Trekking at $7.

“First thought was he was about five holes out further than what I would have hoped for,” Richards said.

“Second thoughts, it is what it is.

“I don’t think it will worry him. He steps away nicely and there’s a bit of pace inside and outside him which should break the field up enough.

“He sat three and four deep last time and won running away.

“There’s also only one bend at Morphettville, so it should be alright.”

Gytrash won the Lightning Stakes at Flemington during the autumn and after placings in the Newmarket Handicap and William Reid Stakes, returned to Adelaide to win the Irwin Stakes on April 18.

Richards planned for Gytrash to head straight to the Goodwood and liked what he saw in a gallop between races at Morphettville last Saturday.

That convinced Richards to bypass a jump-out on Tuesday and instead work Gytrash with stablemate Bold Star, also engaged in the Goodwood.

“Anytime they gallop together he (Gytrash) shades the other horse and that was again expected today,” Richards said.

“We’re lucky here at Morphettville. We’ve got a water-walker, swimming pool, good tracks, everything at our finger tips.

“And the horse thrives in the stable.”

Richards isn’t giving up on Bold Star ($41) despite disappointing his trainer when finishing fourth in the McKay Stakes at Morphettville on May 2.

“I’m glad to have Kayla on,” Richards said.

“I think her riding style will suit the way he races. He likes to get cover and come home.”

Richards said it would be a feather in the cap to land one of Adelaide’s feature races.

“We might be tied down with COVID-19 restrictions but it’s still brought together a very good field,” Richards said.

“You would be struggling to pick one that couldn’t win it.”