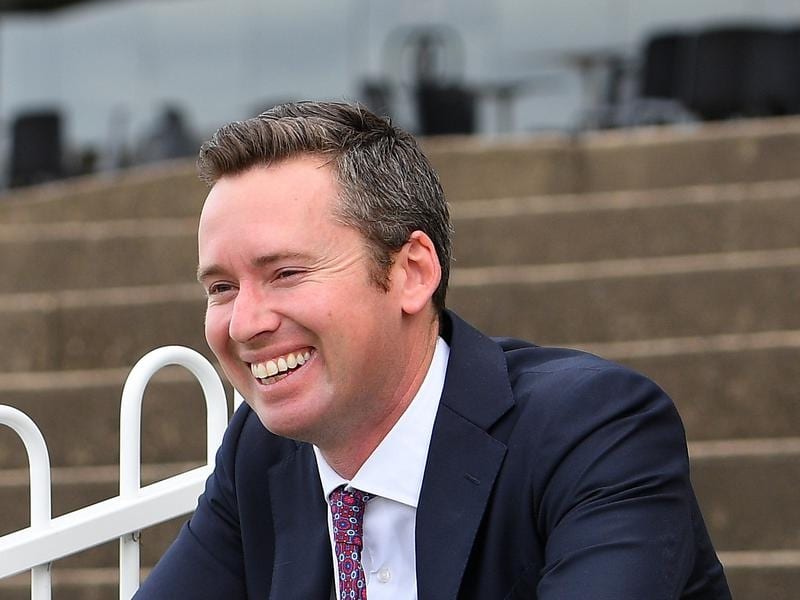 Trainer Adrian Bott supports the cost-cutting measures taken by Racing NSW ahead of The Championships.

Prominent trainer Adrian Bott is grateful racing is still proceeding during the coronavirus crisis and supports prize money cuts for The Championships at Randwick.

The Championships are scheduled to go ahead over the next two Saturdays under strict biosecurity measures with prize money for the eight Group One races halved.

Bott trains in partnership with Gai Waterhouse and the stable has been to the fore in recent weeks with a Group One winner on each of the past three Saturdays at Rosehill, including the $3.5 million Golden Slipper with Farnan.

The stable will have big-race contenders during The Championships including Coolmore Classic winner Con Te Partiro in Saturday’s Doncaster Mile and Vinery Stud Stakes winner Shout The Bar in the ATC Australian Oaks the following week.

“They’re the certain measures that need to be taken in order to make racing sustainable at the moment,” Bott told RSN927.

“We’re very thankful for the opportunity that we currently do have and I think we have got great measures in place.

“The right protocols are there. Everyone is adhering to those and I think there’s no reason why we shouldn’t be able to continue under those circumstances.

“Everyone is doing such a fantastic job. It would be such a positive for everyone involved in the industry.

“And I think that’s only a very small price to pay, that everyone is happy and understanding of to accept.”

Shout The Bar caused an upset in the Vinery which had been billed as a race between star fillies Probabeel and Funstar and Bott believes Con Te Partiro can keep the momentum going in the Doncaster.

“It’s been a great run by the stable and everyone has been working hard to achieve these results and it’s great to see them coming to fruition,” Bott said.

“And in the context of everything, we’re just so thankful that we’ve all got the opportunity to be racing at present.”