HorseBetting is happy to announce another bookmaker has earned the right to be promoted on this site. Our Playup review is talking about the Australian branch of the online betting company, that was founded following the amalgamation of ClassicBet, Topbetta and MadBookie under the one brand. Included in our PlayUp.com review is an overview of the horse betting available, sports betting, PlayUp Apps, including both Android and Iphone, PlayUp promotions, company information & how to login to PlayUp on both desktop and mobile phone.

The PlayUp login is available at: https://playup.com.au/

Boost Up: Get better odds with the PlayUp BOOST UP, with it very easy to get better odds on horse racing and sports events. All you need to do is visit the PlayUp promotions page and follow the instructions. T’s and C’s apply.

Best of the best: PlayUp’s Best of the Best gets you top odds at all main metro racing venues on Saturdays and Wednesday.

Best tote or SP on Aussie racing: Get the best odds, whether it be best tote or the starting price on Australian thoroughbred racing.

HorseBetting has a good relationship with PlayUp and will gave more promotions from time to time. Remember that all PlayUp promotions are subject to terms and conditions, which you can read about at PlayUp.com.au.

PlayUp gives back to their customers with a great loyalty program, which basically sees you receive rewards points every time you are active on the site. At certain junctions you can cash in your points for bonus bets.

How to earn rewards points

When you have got enough rewards points you can cash them into bonus bets, which can then be spent on sport and racing events in Australia. It works like this:

PlayUp Bonus Bets are no longer allowed to be marketed to Australians following an update to the advertising laws surrounding new betting account incentives. PlayUp bonus bet offers can only be given to existing customers, contact customer support at PlayUp to see if you are eligible for any bonus bet promotions. There is not currently a PlayUp Bonus Code or Coupon Code.

Horse Racing at PlayUp in 2019

PlayUp horse racing has combined many of the best elements from Topbetta, ClassicBet and Mad Bookie, under the one URL, which is handy for us punters. On all platforms, PlayUp’s racing section is easily accessible. Probably the most convenient way to view what races are coming up is to click the racing tab, which will then display all of the day’s races. As you scroll down this page you will see:

You will also be able to navigate easily between days, with tabs across the top of this screen, supplying you with quick access to racing results, today’s, tomorrow’s and the following days racing, plus a tab for futures markets.

While PlayUp.com.au does not have as many futures markets as some of the big players in Australian online horse racing wagering, they do have markets available for all of the major group racing that is set to be featured in the Spring of 2019.

Unfortunately early days in Play Up’s emergence they do not have any futures markets available on harness racing or greyhound racing, but this could very easily change, as the bookmaker finds its groove.

PlayUp.com.au has got an extensive array of sports betting markets available, in an easy to navigate format. One thing we really liked writing our PlayUp sports review was the “FEATURED” section, which highlights upcoming sports events. Not only as major racing events highlighted, but individual events like the Rugby World Cup and the the NFL are also shown.

In terms of the number of sports betting markets PlayUp has got available, it pales in comparison to other online betting offerings, but if you are looking for betting on a big event or funnily enough, US Sports, you are likely to find it covered at this bookie. For instance at the time of writing it’s a few weeks out from the start of the NBA season, but PlayUp does not have any markets available, but there is extensive markets available on the NHL and the NBL.

The Australian domestic sports on offer include the NBL and A-League, but the level of coverage is varying to say the least. For example the NBL matches only have head to head odds available, while the A-League contest have got 100s of markets for each match. We’ll keep an eye on the NBL coverage at PlayUp in the coming weeks, with the top Aussie basketball competition expected to draw unprecedented coverage both at home and in the states following some high profile potential NBA recruits.

If you are purely looking for an online bookmaker to bet on sports with, PlayUp.com.au is probably not for you, and we would recommend using Sportsbet, BetEasy or one of the other big betting operators.

At this point it looks like the Fantasy Sports component of the betting company is going to be left to their other brand, DraftStars, moving away from the model of having both that was used at TopBetta.

This is no Mickey Mouse platform, with the rankings in the tournaments dynamically updating throughout the event, and winners and place getters are settled in the minutes after a tournament concludes.

Other cool features of Draftstars includes tipping competitions on the major Australian sports like AFL, NRL and the A-League, while the greyhound betting tournaments have provided a few soft kills for the HorseBetting.com.au team over the years.

The PlayUP mobile betting platform is a disappointment with it not responsive at the time of writing. By this we mean if you browse the desktop website, on your mobile phone, you will just see the desktop website. We hope this is just an oversight from PlayUp’s management, but it is a big cross against them, with many people preferring to bet on mobile versions of the website, rather than downloading apps.

The PlayUp Android app can be downloaded directly from PlayUp after you have opened a new PlayUp account. You may need to allow non-market apps before you can download it.

The Play Up iOS app is available to download directly from the Apple App store for free. We recommend opening a new PlayUp account before downloading the app.

PlayUp has got plenty of deposit options for those of us based in Australia and looking to deposit AUD. All of the payment methods at PlayUp are instant, except for bank transfers, that can take between 48-72 hours. The deposit options at PlayUp Australian include:

Cashing out or withdrawing any winnings from your PlayUp betting account is a straight-forward process, with several easy ways available. The withdrawal times at PlayUP are between 48 and 72 hours, which is standard in Australia, unless you are using a cash out card (only available at some bookies). 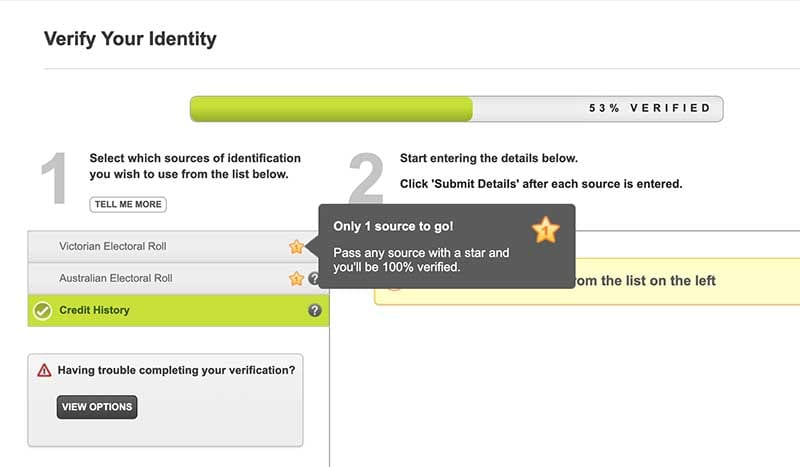 You need to be aware when doing your PlayUp verification that you will need the address the company has on record, so if you have moved recently and updated your electoral rolls, you may still need to enter in your old address.

PlayUP betting can be reached multiple ways, with the customer service options with these including via Phone, email and their social media channels, which include:

Probably the easiest and quickest way to contact this bookie in October, 2019 and get an answer to a query is via the PlayUp Live Chat function.

PlayUp.com.au needs to find its niche in the competitive bookmaker scene in Australia, with the three brands it was formed from all struggling with this task in the past. Hopefully for PlayUp’s sake they continue to grow the product they have produced initially, with some really good signs so far. Writing our PlayUp review, we quickly took to the black colour scheme, which is easy on the eye and sleek to boot. The fact the PlayUp promotions are all surrounding horse racing is also nothing to be sneezed at. In a sentence: You should definitely open a new account at PlayUp and put them into your betting rotation.