Tasmanian greyhound training expat Brendan Pursell has been no ‘smalltown boy’ since relocating to Victoria four years ago.

And he has ‘hit that perfect beat’ with a string of 12 city winners – many at big odds – in the past fortnight.

Bronski Beat is making his group race debut at the highest level, while Pursell finished third with Peppertide in last year’s Sandown Cup won by Rajasthan. 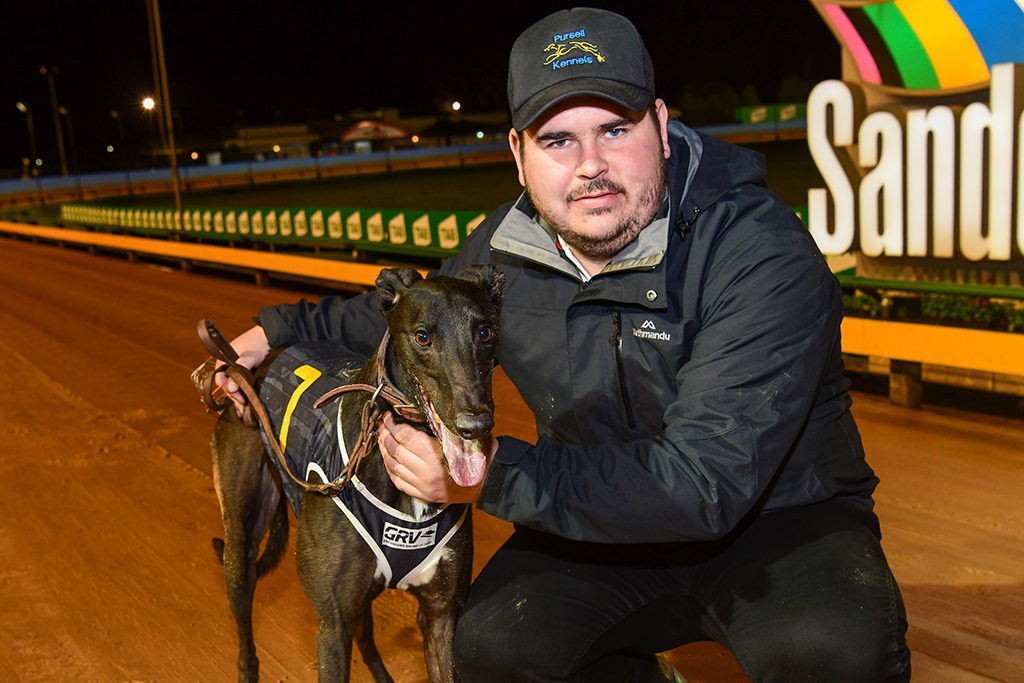 “Bronski Beat is better drawn inside, so the ‘pink’ is a concern… He’s got to jump, that’s the secret to him,” Pursell said. “He’s better off in front, but he can come from behind… But he’ll need a clear run as he doesn’t like other dogs around him.”

Pursell can also ‘thank’ Rob Britton for acquiring Bronski Beat.
“Rob used to train his dam, Ainsley Bale, and mentioned she had a “huge motor”. So, I bought him (Bronski Beat) as a three-month-old pup for $5000.

Ironically, Britton and Pursell will be friendly rivals on Thursday night. Britton, who is chasing his third Sandown Cup in four years, trains Blazing Cartier.

A former harness trainer-driver, Pursell named Bronski Beat after a star pacer he was associated with in the 1980s. He suspects it was named after a Scottish synthpop trio which achieved success during that period.