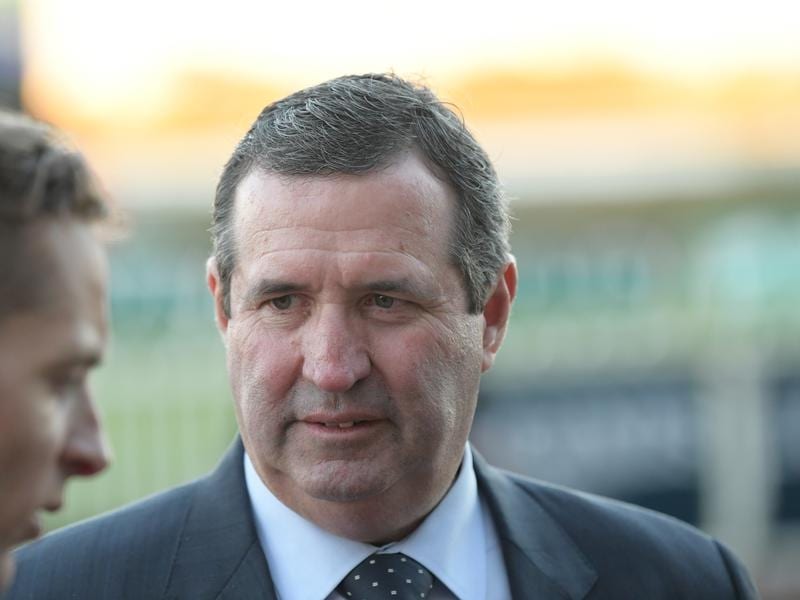 Mornington Cup day is special for local trainer Tony Noonan who is hoping to rekindle some good memories when Manolo Blahniq runs in the feature sprint.

Noonan won three successive Cups with Gunnamatta but is yet to win the day’s feature short-course race, the Listed Hareeba Stakes.

Manolo Blahniq lines up in the 1200m race on Saturday with Noonan taking a different path this year with the sprinter.

Last year Manolo Blahniq finished seventh in the Hareeba Stakes after racing during the summer when he won the Chester Manifold Stakes (1400m) at Flemington in January.

This time around, Noonan kicked Manolo Blahniq’s campaign off in the Bob Hoysted Stakes (1000m) at Flemington on February 29 with the gelding finishing a closing sixth.

“We’ve decided on a different approach this year,” Noonan said.

“We gave him a good break at the end of the spring so we could bring him back for the later part of the autumn and then look at the Brisbane carnival.

“I thought his first-up run was as good as he has performed in the past.

“But we’re going to need a lot of luck from barrier 15, but it is a horse race and you never know.”

Noonan said a lot had changed since those days when he had a large team at Mornington compared to the boutique stable of 15 horses he now operates.

“I was lucky to train that resilient little horse that just shone on that day,” Noonan said.

“He was owned by good people and it was a really enjoyable part of our career.

“You pray for something like that now because at the time you are too busy to appreciate it, but as you get older you can sit back and say ‘how did that happen’.”