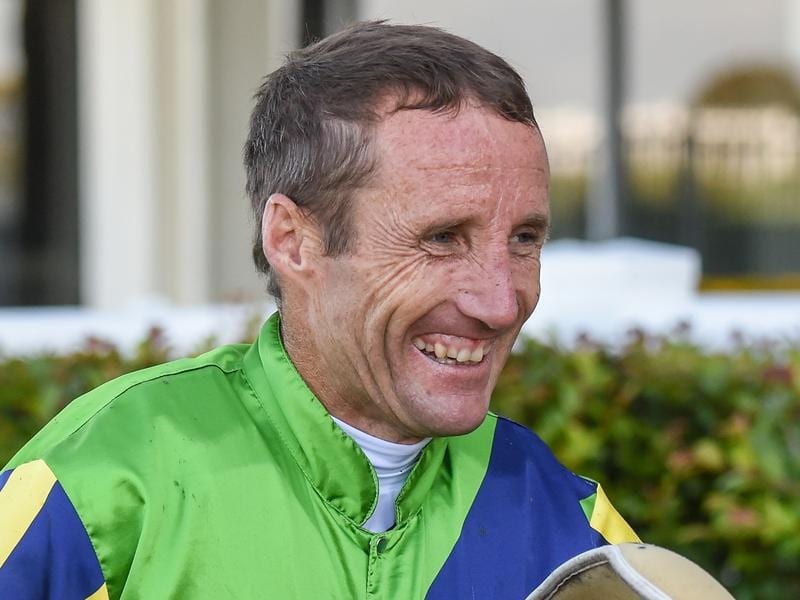 Top jockey Damien Oliver will reunite with Tahitian Dancer in the Bel Esprit Stakes at Caulfield.

Trainer Shane Nichols is banking on a truly run Bel Esprit Stakes and a jockey change to bring out the best in Tahitian Dancer at Caulfield.

Damien Oliver regains the seat in Saturday’s Listed 1100m race after Tahitian Dancer had her first run back from a spell in Adelaide earlier this month.

Saturday’s race will determine whether Tahitian Dancer aims at the Wangoom Handicap at Warrnambool, the Sangster Stakes in Adelaide or takes a trip north to Brisbane.

Oliver partnered Tahitian Dancer to win a Listed race at Eagle Farm in December and was aboard again when down the track at the Magic Millions meeting at the Gold Coast on January 11.

With the lockdown in South Australia because of COVID-19, Oliver could not travel to Adelaide for Tahitian Dancer’s first-up run with the mare ridden by Caitlin Jones.

“She had 58 kilos in Adelaide, she bounced, held her position and stayed there,” Nichols said.

“I think she’s much better suited in this with 56 kilos with probably a more genuine tempo.

“And having Ollie back on will tell us where we are at, he’s not going to tell you it’s blue when it’s black.

With the likelihood of interstate horses now being able to travel to Brisbane, Nichols said there was two or three races at stakes level for mares that appealed.

He said Tahitian Dancer would stay at fellow Mornington trainer Chris Meagher’s Eagle Farm stable if the decision was made to send her north.

“She’s working as well as she ever has so I’ve got no reason to be concerned with how she is going,” Nichols said.

“Last time in she was going through the grades and it was much easier for her, now she’s in open company and they don’t give these races away.”