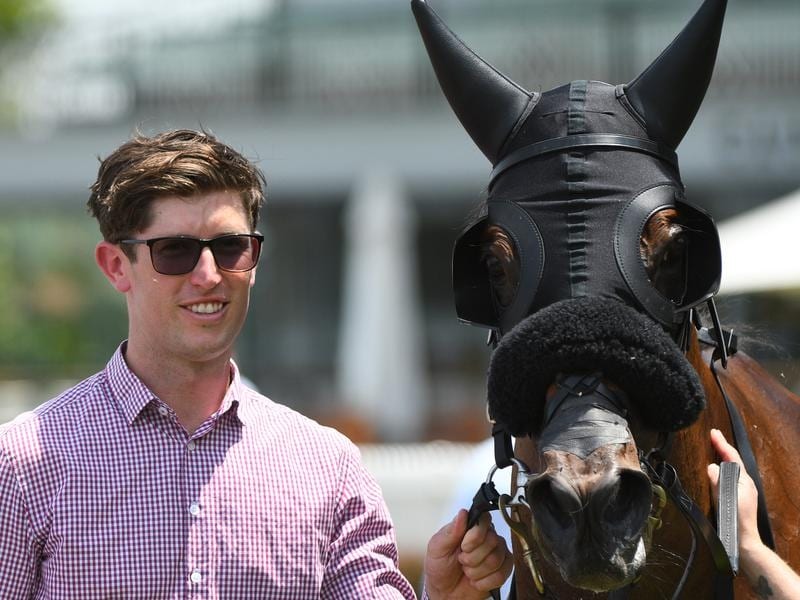 New Zealander Joseph Waldron has found the going tough since setting up as a trainer at Mornington.

As a foreman for Murray Baker and Andrew Forsman, Waldron travelled to Australia looking after horses such as Group One winners Mongolian Khan and Turn Me Loose.

But in the 18 months Waldron has been at Mornington he has prepared just five winners from fewer than 70 starters.

In a bid to build his profile, Waldron extended himself to buy Wagner at a sale on the Gold Coast in March.

Wagner is set to have his first start for Waldron at Caulfield on Saturday in a handicap over 1100m.

“The track shouldn’t be too bad going by the forecast,” Waldron said.

“It went up a (soft) seven and hopefully it will be back to a five later in the week, so that should be all right.”

Wagner won five of his 21 starts for James Cummings and was offered for sale after finishing eighth over 1000m at Canberra on March 8.

“We were looking to find a horse that was Saturday class to get our name out there a little bit,” Waldron said.

“He was around $37,500. A good client we have at the moment took some of him and a new client took the rest.

“We’ve gone through all of his replays. He seems a bit one-dimensional and needs to be ridden quiet off a hot speed, but seems to have a really nice finish on him when things fall into place.

“He came to us about five weeks ago and had done a bit of travelling so we gave him an easy couple of weeks.

“We’ve got no expectations on Saturday, but we want to see what he does so we can learn quite a bit more about him.

“There’s some nice options over the next six to eight weeks, but he’ll be a nice horse for that late spring, summer series of races when on the fresh side.”

Waldron has 10 horses in work with a number of empty boxes after one of his bigger owners struck some financial difficulties.

“So we’ve gone back to basics and working through it,” he said.