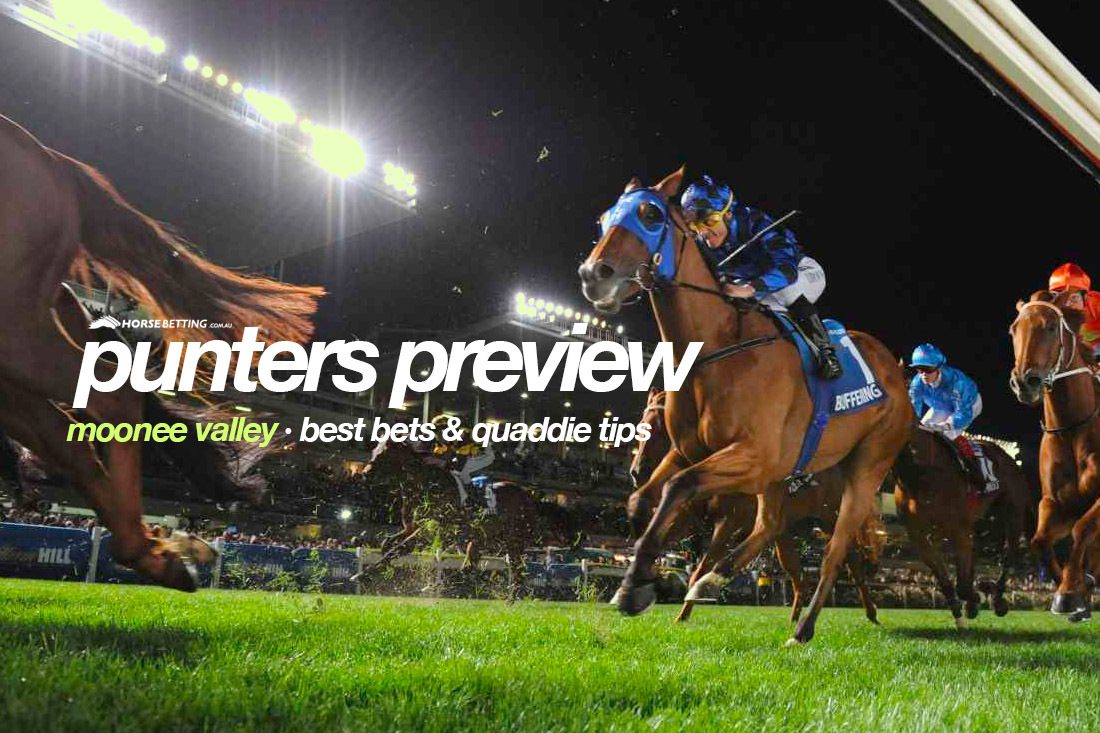 Moonee Valley is set to host an eight-race card on Friday as the night racing season in Victoria continues, and HorseBetting.com.au has you covered with free tips and quaddie numbers for the evening. The track is rated a Good 4, the rail returns to the true position, and racing will kick off at 6:10pm AEDT.

We need to wait until the final race of the night for our best bet of the program as the Team Hawkes-trained Clemenceau follows up a dominant first-up win at Hawkesbury on November 18. The three-year-old son of Capitalist managed to lead throughout over 1100m on that day and simply gave nothing else a chance. He draws barrier one on Friday night and with Jye McNeil on board, we expect the instructions will be simple: go to the lead and do not get run down. His first-up win was on a Good 3, and with similar conditions expected he may just run his rivals off their feet.

In the third leg of the quaddie, the Trent Busuttin & Natalie Young-trained Laundy managed to hit the line strongly second-up over the Moonee Valley mile when winning by three-quarters of a length on November 26. The five-year-old son of Redwood steps up to the 2040m on Friday night, and with a win to his name when third-up he looks ideally placed. Josh Richards retains the ride, and his 3kg claim means Laundy will go around with 57.5kg on his back – 0.5kg less than what he won with last time out. This horse clearly has a love affair with The Valley, where he has not missed the top two in three starts, and if he can replicate the turn of foot he produced last time out, then we expect he will be too hard to hold out.

The Henry Dwyer-trained Let It Rip Reggie comes to the Moonee Valley 1600m following a second-place finish at Kilmore on November 21. Having dictated terms out in front on that day, the four-year-old son of Ocean Park was headed inside the final 150m but managed to kick back and fought back strongly to be defeated by only a half-length. Blaike McDougall sticks on board, which is an added bonus, and from barrier six should be looking to find the rail and dictate the race once again. If the in-form McDougall can have him settled nicely out in front, then Let It Rip Reggie is set to give us a sight at nice odds.