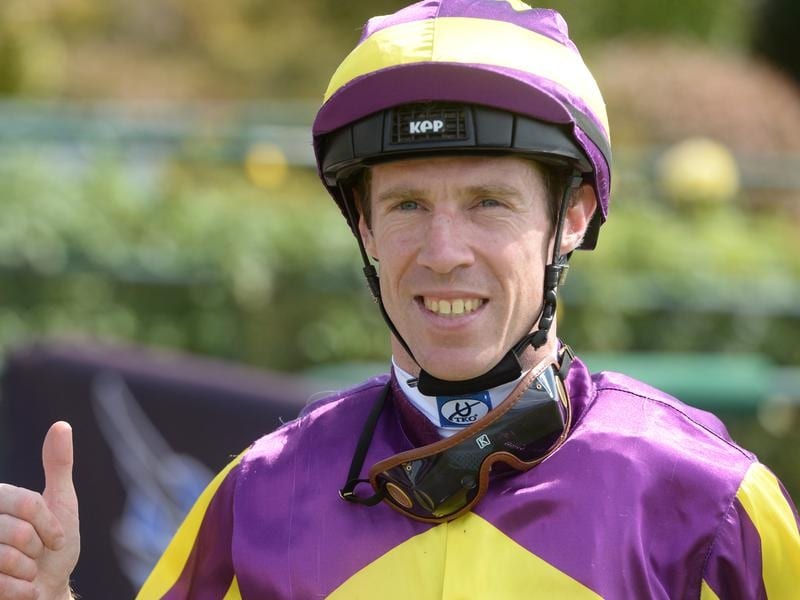 John Allen is among a group of Victorian jockeys going into quarantine ahead of the SA carnival.

A group of Victorian jockeys is about to start two weeks isolation hoping to reap rewards at the Adelaide carnival.

John Allen, Ethan Brown and Dean Holland were on Friday driving to a property outside of Adelaide while Zac Spain has decided to do the hard yards by himself.

Jockeys travelling interstate must follow biosecurity protocols in place during the coronavirus pandemic.

“The three of us have a place together,” Allen said.

“We booked a pretty big place so we can have a bit of space to get around and exercise a bit.”

Allen said he was 50-50 about committing until he secured the ride on Russian Camelot in the South Australian Derby on May 9.

“I had a few rides booked at Caulfield and I thought if I could be in the property by midnight on Saturday I would be right,” Allen said.

“But TRSA said they wanted us there by Friday.

“At that stage I was probably 50-50 about going but then when the ride on Russian Camelot came available, that probably swayed my decision.

“The Adelaide carnivals have been pretty good to me over the years so I thought I’d come over and try and win another Group One.”

Allen will miss the two-day Warrnambool carnival on May 5 and 6 and said that was disappointing, but the highlight of that meeting is the atmosphere with the large crowds in attendance.

That will not happen this year with spectators banned.

Ethan Brown will ride Sierra Sue in the Australasian Oaks on May 2.

“I’ve never ridden a Group One winner so that’s what has lured me over,” Brown said.

“I’ve got a good opportunity so hopefully it will spark up my career.”

Spain, who started his career in Adelaide with Lloyd Kennewell before moving to Melbourne, was also driving to Adelaide on Friday.

He admits it will be a tough two weeks ahead but said the prospect of riding a feature race winner would keep him focused.

“I was sitting on the fence a bit and it wasn’t until I had a good chat with my manager and Michael Kent jr that I said yes I would go,” Spain said.

“My situation in Melbourne is if I ride in town on a Saturday, it’s mainly for Mick Price and Michael Kent jr. If not I’d be riding in the bush.

“When the ride on Seabrook came up in the Queen Of The South I thought it was a good opportunity to head back to Adelaide to ride for them and hopefully pick up a few others on the way.”

Holland rides the Ciaron Maher and David Eustace two-year-old Away Game at 47kg in the Sangster Stakes on May 2.

Apprentice Georgina Cartwright has completed two weeks isolation and rides at Morphettville on Saturday while Damien Thornton is another rider heading into quarantine.