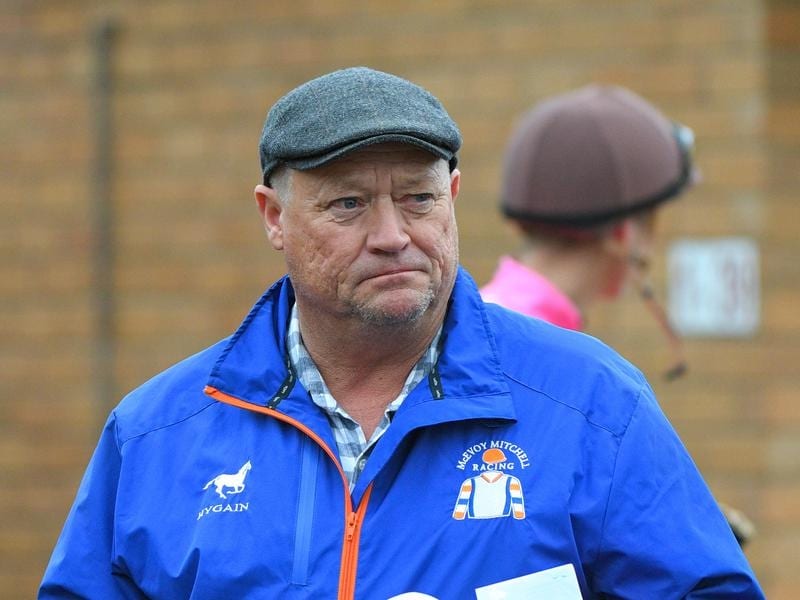 Trainer Tony McEvoy is pleased with how Sunlight has come through her second to Gytrash.

Despite Sunlight being soundly beaten by Gytrash in the R N Irwin Stakes in Adelaide, trainer Tony McEvoy believes the mare did enough to suggest she is on track for upcoming Group One targets.

It was her first start since November after which she had surgery to remove a bone chip from the outside of a splint bone in a hind leg.

“I thought it was probably equal to her best first-up run,” McEvoy, who trains in partnership with his son Calvin, said.

“Her run in the Lightning and yesterday were both very good.

“We were beaten which was not the plan but I think we were beaten by a very good horse who has really found his mojo.

“Gytrash really impressed me and I thought Sunlight was very good in defeat.

“She had a blow like she normally does so there’s improvement to come.

“Whilst we went there to win, I’m very happy with her performance.”

Gytrash won the Group One Lightning Stakes in February and was subsequently placed in the Newmarket Handicap and William Reid Stakes.

The Robert Sangster Stakes (1200m) for fillies and mares at Morphettville on May 2 is Sunlight’s first Group One target this campaign.

She has three wins from four second-up attempts.

“She has pulled up well. I trotted her up this morning.

“She’s tightened up a bit from the run, which you’d expect because it was a good tough run, and she seems bright and well.

“We’ve got a fortnight now to tighten her a little bit more leading into the Sangster.

“Her second-up record is a tick, back to mares’ grade is a tick. She’s going to be very hard to beat in that class.”

After the Sangster, McEvoy will look to the Group One Goodwood and a return clash with Gytrash.

“It will be a bit of a different story, Gytrash meeting her when she’s third-up to first-up. But still, he’s a deserved favourite for that race and will be very, very hard to beat in a Goodwood,” McEvoy said.

McEvoy said Sunlight would be his only runner in the Sangster Stakes with Xilong scheduled to have her next start in the Euclase Stakes.