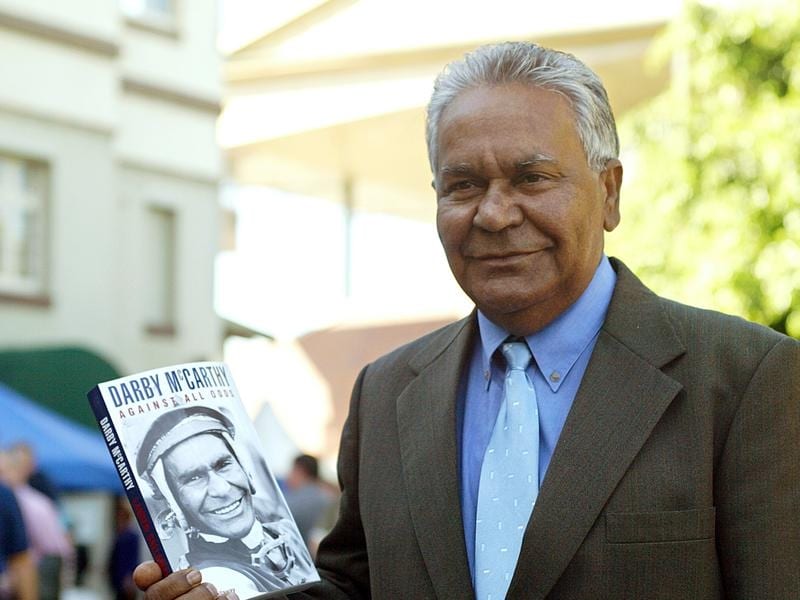 Legendary jockey Darby McCarthy, a trail blazer for aboriginal sports people, has died at the age of 76.

McCarthy was one of 13 children raised in Cunnamulla in western Queensland and rose to be among Australia’s top jockeys in the 1960s.

McCarthy moved to Sydney where he won the 1969 AJC Derby (Divide and Rule) and 1969 Epsom Handicap (Broker’s Tip).

He later rode with success in France for several years.

McCarthy was inducted into the Queensland Racing Hall of Fame in 2004.

In recent years he had been living at Oakey on the Darling Downs.

Olympic champion Cathy Freeman described the influence he had on her in his biography, Against All Odds.

“Darby influenced me and encouraged me to strive for excellence in all that I do and to persevere against all odds and for this I will forever be thankful ,” Freeman said.

“We first met in Queensland when I was 15 and Darby and his family were kind enough to let me stay on weekends away from boarding school at Toowoomba.”

Veteran Queensland trainer Pat Duff said McCarthy was among the best riders he had seen.

“He had a beautiful seat on a horse and magic hands. There haven’t been many better,” Duff said.

BRC Racing manager Bart Sinclair, whose father Bart sr trained Mullala, said McCarthy was among the best in the 1960s which was a golden period in Australian racing.