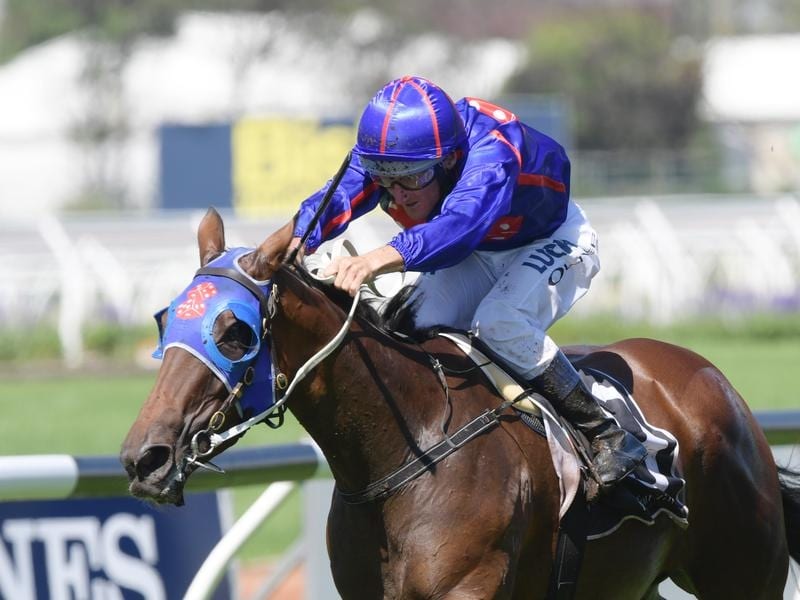 Much-travelled mare Krone has pleased new trainer Tony Gollan as she starts her push for a Stradbroke Handicap start when she makes her Queensland debut.

Krone could give Gollan at least three runners in the Stradbroke on June 6 if she races well in the Silk Stocking (1200m) at the Gold Coast on Saturday.

The Silk Stocking is rated among the strongest fillies and mares races in Queensland despite carrying Listed status.

It has been run at various times of the year but has been won by some top mares including multiple Group One winner Srikandi.

Krone will join Gollan’s Vega One, Outback Barbie and possibly Silvera in the Stradbroke if she races well.

The mare raced in the south for the Mick Price and Michael Kent jr partnership when she won the Listed Cinderella Stakes at Morphettville and the Listed Darby Munro Stakes at Rosehill.

She was sent to Gollan with the aim of getting more black-type in the winter.

Gollan realises Krone is only on the cusp of getting a Stradbroke run unless she picks up valuable prize money and ratings points.

“But she has pleased me since coming up here. Her trial win was good and hopefully she will run up to it,” Gollan said.

Top jockey Jim Byrne, who made a successful return from injury last Saturday, will ride Krone.

Gollan has accepted at the meeting with smart filly Niedorp and she is likely to run in the Guineas.

“She was also in at the Sunshine Coast on Friday but she will run definitely run in one of the Gold Coast races,” he said.

Gollan will have Garibaldi in the Gold Coast Guineas and he will be ridden by Byrne.

“He has run second at both his runs back since a disrupted spring carnival in Sydney,” Gollan said.

“Garibaldi has always promised to win a big race and from the good barrier this is his chance.”

Gollan has a big weekend with key runners at the other metropolitan meeting on the Sunshine Coast on Friday.

He has three runners in Silvera, Man To Match and Get Stuck In contesting the Listed Wayne Wilson Memorial (1600m).

“They have been in form and handle the big track,” he said.

“Silvera is a multiple stakes winner and this race looks perfect.”

Another of his horses in Just Orm is among the favourites for the Listed Chief De Beers (1000m) on Friday.

“He has won his past two starts at the Sunshine Coast over his pet distance of 1000m,” Gollan said.

“It is a pretty good field but he still looks OK at the weights.”