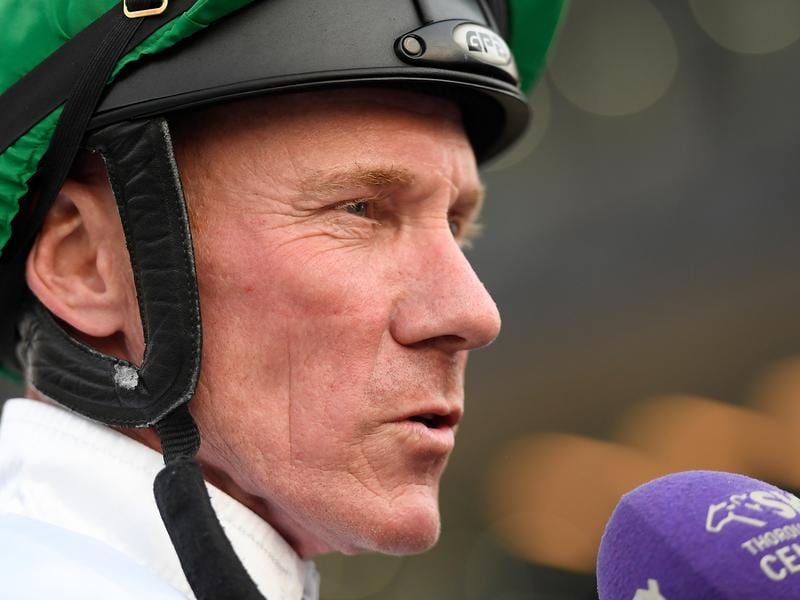 Jim Byrne will return to riding at Doomben where he will be reunited with Outback Barbie.

Top jockey Jim Byrne has made it back from injury in time to partner one of his favourite horses in Outback Barbie at Doomben.

He had only been back riding for a week after suffering a broken leg in a fall.

Byrne broke his left leg just below the knee after the finishing line at Doomben on December 18.

He had a pin inserted in the leg and after intensive rehabilitation was able to resume riding in March.

Byrne’s leg swelled up badly after riding at Eagle Farm and he required a second operation.

His manager Cameron Partington said Byrne had got a medical clearance and rode trackwork this week.

Byrne’s main comeback ride on Saturday will be Outback Barbie in the Group Three BRC Sprint at Doomben.

He has been the mare’s regular rider but missed the mount when she won the Magic Millions QTIS race in January.