Jarick Bale stamped himself as the premier middle-distance exponent in the state with a sensational victory in tonight’s $75,000 to-the-winner Group 1 GOLD FM Sale Cup (650m).

Trained by Mark Delbridge at Balliang, Jarick Bale has enjoyed a stellar three weeks at the Gippsland track.

In his Cup lead-up, Jarick Bale won a heat of the Sale Distance Championship – clocking a mind-boggling 36.72sec – and was only 1L off the track record. He then finished an unlucky third in the final.

And last week, he was the fastest Sale Cup qualifier with a slick 37.13sec effort. His past four starts have been at Sale, resulting in three wins and one third. 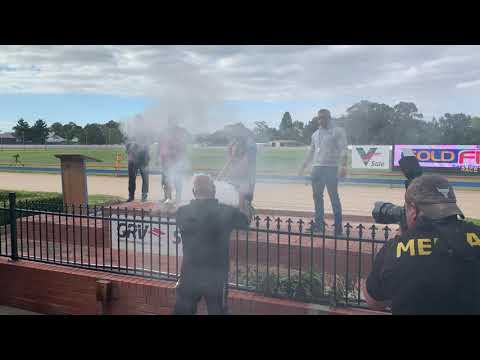 WATCH: Greyhound racing’s 2021/22 Gippsland Festival of Racing kicked off at the Group 1 Sale Cup on Boxing Day evening with a ‘Welcome to Country’ smoking ceremony in a show of respect to the Aboriginal and/or Torres Strait Islander community and Traditional Owners of the land. 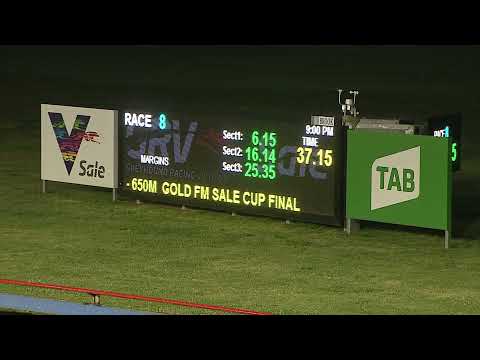 2021 GOLD FM SALE CUP
Following a keen three-way battle up front between UNTAPPED (B5), MEPUNGA RUBY (B1) and JARICK BALE (B8), the Mark Delbridge-trained pink runner shot clear to claim the $75,000 first prize. 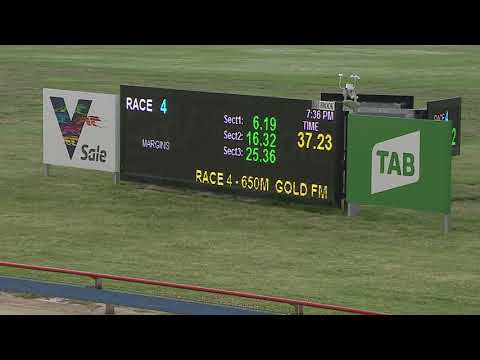 CUP NIGHT MATCH RACE
GRACLYN BALE (1) and GYPSY WYONG (3) endured a fascinating tactical battle before the latter found a rails passage on the home turn and proved too strong in 37.23sec.

Pawnote: The G1 GOLD FM Sale Cup series was the first leg of the SENTrack Gippsland Festival of Racing – to be followed by the Warragul Cup (January 14) and Traralgon Cup (Australia Day). With more than $250,000 in cash and prizes to be won across the three cups, the festival will continue to see some of the best greyhounds in Australia competing.

Always handy from box eight, Jarick Bale ($3.30) defeated staying gem Mepunga Ruby ($3.00F) – which was chasing her first G1 at her third attempt – by 2.3L with Untapped ($9.30) a ‘whisker’ away third in 37.13sec. Amazingly, his winning time was identical to his heat win when he also exited from the ‘pink’ alley.

A low-key Delbridge – but that’s Mark – said post-race: “It was good to see him ‘up there’ early. But he did check himself, and I thought we’d (his chances were) lost.

“But when he came past me on the rails (rounding the home turn), I thought ‘beautiful’.

“He’s a quiet dog; he doesn’t give much emotion.” 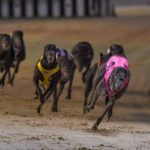 Jarick Bale (8) storms to the finish line ahead of his rivals. 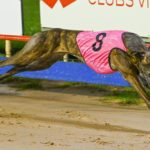 Jarick Bale in full stride during his Sale Cup victory. 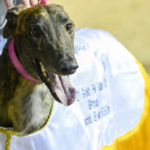 Jarick Bale is all smiles after landing his first group 1. 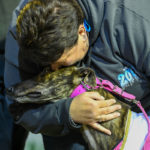 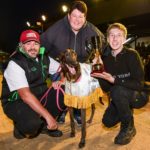 Jarick Bale with Mark, Lisa and Myles Delbridge after winning the Sale Cup. 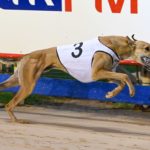 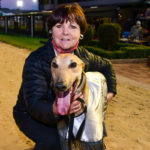 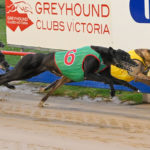 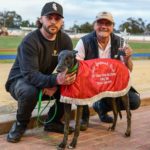 Paua Of Mindy and trainer Steven White (right) after snaring the Rising Stars. 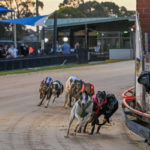 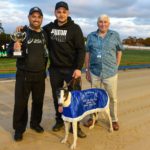 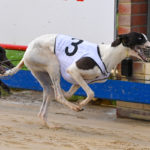 Gypsy Wyong was too strong for Graclyn Bale in the Cup Night Match Race.