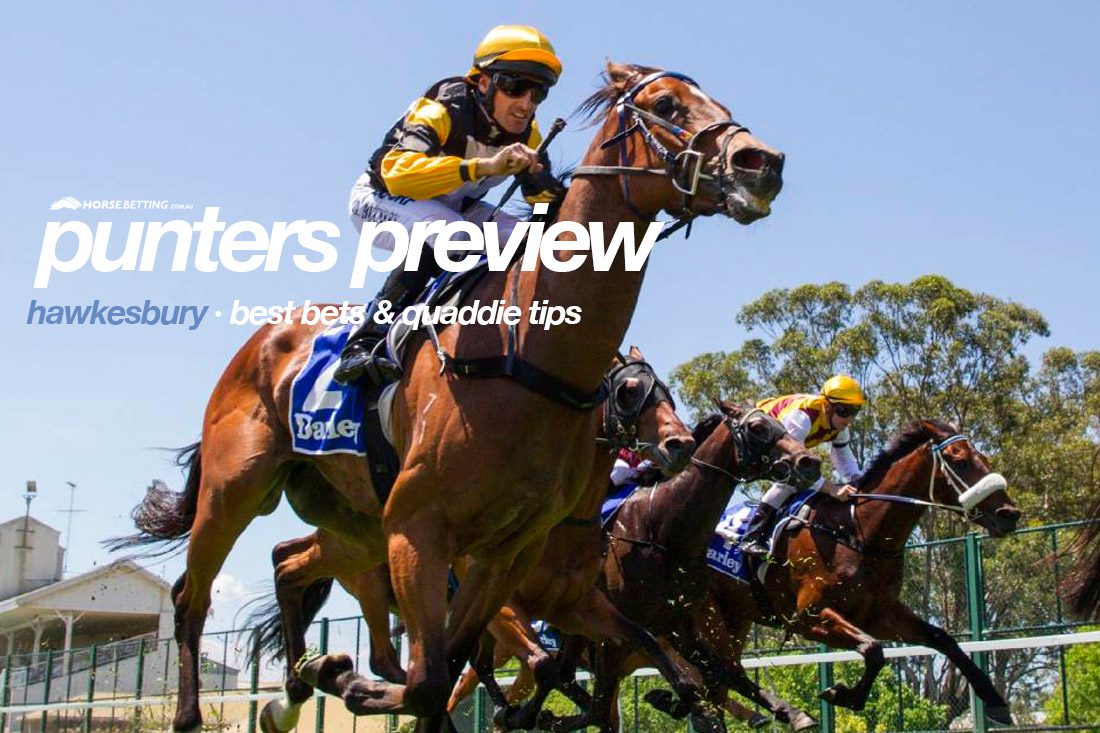 Hawkesbury Race Club is scheduled to host a seven-part card on Sunday afternoon, and HorseBetting’s New South Wales horse racing expert presents his best bets and free quaddie numbers for the meeting. The track is rated a Soft 6, the rail is set in the true position, and racing is scheduled to start at 1:50pm AEDT.

Our best bet of the day at Hawkesbury comes when the returning Hundred Proof steps out over 1300m for the Ciaron Maher & David Eustace yard. In his two career starts in Sydney during his juvenile campaign, he ran to within a length of the smart Cape Breton and had excuses in his second start in a much harder race than this. With three trials under his belt leading into to this first-up run, he looks raring to go with the blinkers being applied for the first time. From barrier eight, we expect to see Jason Collett be positive on this three-year-old Into Mischief colt and have him settled in the first half a dozen with cover. If he gets that, he should be simply too good for this lot on his way to a decent summer campaign.

Next Best at Hawkesbury – Glamour And Glory

The progressive Glamour And Glory from Team Hawkes looks well placed to build on her last-start maiden win at Wyong on November 16. Having settled on the leader’s heels on that occasion, the daughter of Star Turn managed to push her way off the fence and inside the final 100m exploded clear to bring up an impressive victory. She produced the best last 400m of the day to suggest that she will only get better over further, so the step up to 1100m from the 1000m looks ideal third-up from a spell. From barrier seven, Jay Ford will need to be bullish early as to where he settles his mount, but if he can get Glamour And Glory to settle in the one-one, the race may be over before the 600m mark. She is a mare on the way up and one to follow.

In the third leg of the quaddie, we are hoping the Peter Green-trained Butch’n’bugs can salute at a big price having been desperately unlucky over the Hawkesbury 1500m on November 18. He settled in the second half of the field on that occasion, and with the jockey opting to stick to the rail, he simply never saw daylight when it mattered most. He draws barrier 10 on Sunday, so getting stuck on the rail should not be an issue; it is just where he gets to in the run. If Grant Buckley can find him cover midfield, we anticipate Butch’n’bugs will be fighting out the finish at tasty odds.