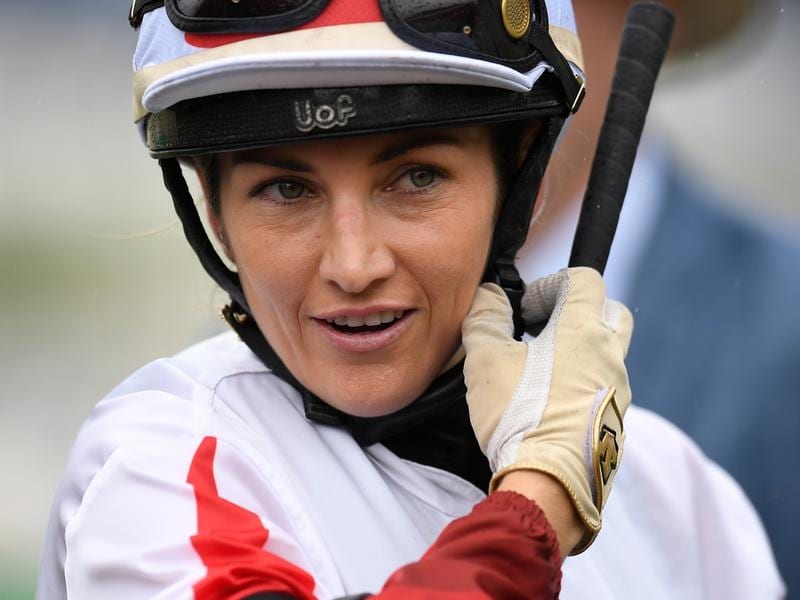 Tegan Harrison is set to return to Doomben for the first time since a fall at the track last year.

Trainer Stuart Kendrick hopes he can give jockey Tegan Harrison a feature race winner on her first day back at Doomben since she was injured in a fall at the track nearly eight months ago.

Harrison is listed for two rides at the Sunshine Coast on Friday night but will have her first city ride back from injury on Tarzan in the Listed Hinkler Stakes (1110m) on Saturday.

She was riding Nineoneone for Kendrick when the filly fell at the 800m in a race at Doomben on October 7.

Harrison was knocked out as a result of the fall but regained consciousness while being treated.

Later hospital tests showed she had suffered fractures to five vertebrae, two ribs and her sternum.

She also re-injured a collarbone which later required surgery.

Harrison has been riding regular trackwork in the past month and gets a good chance for a return win on Tarzan.

Kendrick said Harrison would suit Tarzan as he was a horse which needed to be urged along out of the barriers.

“She has won on him and after scratchings he should come right in to only a few off the rails which is ideal,” Kendrick said.

Tarzan is regarded as a Sunshine Coast specialist but he has won five races at Doomben.