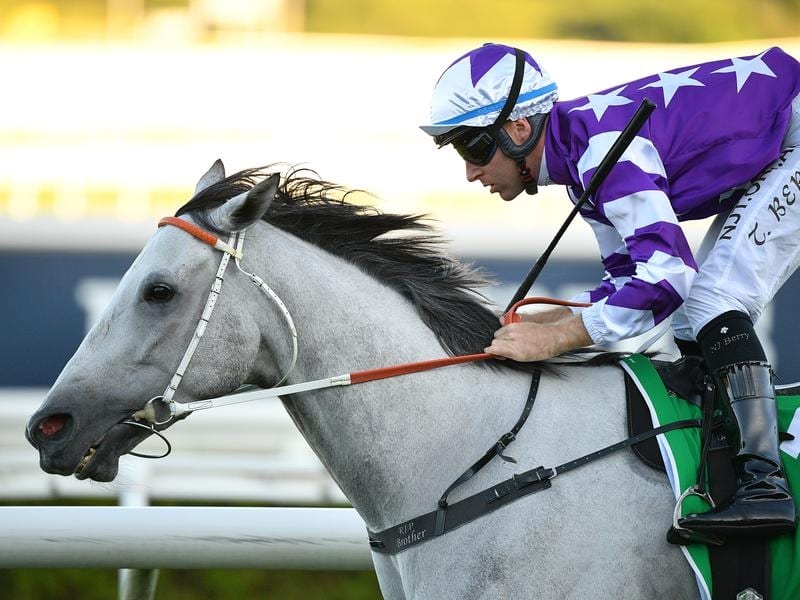 In-form Greyworm is an early favourite to win the Listed Takeover Target Stakes at Randwick.

Five-year-old gelding Greyworm is the favourite to claim successive black-type victories at Randwick when he runs in the Listed Takeover Target Stakes.

Saturday’s Takeover Target (1200m) is one of two stakes races on the Randwick program with Greyworm $3 favourite on Wednesday in a field of 10.

The Hawkes Racing-trained Greyworm was a dominant 1-1/4-length winner of the Group Three Hall Mark Stakes over the same course and distance last start on April 18, defeating the Godolphin-owned pair Trekking and Kementari.

Trekking and Kementari will not be among Greyworm’s opposition on Saturday but their James Cummings-trained stablemate Deprive will be trying to turn the tables after finishing sixth in the Hall Mark.

A winner of eight of his 17 starts, five-year-old Deprive is winless in three starts this autumn having finished fifth in the Group Two Challenge Stakes and fourth in the Group One Galaxy before the Hall Mark.

“He was very good first-up in the Challenge Stakes and his following two runs in competitive events have pleased us,” Cummings said.

Deprive was on the second line of TAB betting on Wednesday at $5.50 just ahead of Tactical Advantage, who won the race last year at Gosford, and last-start Randwick winner Snitz at $6.

The Kris Lees-trained Tactical Advantage has top weight of 60kg coming off a last-start win in the Listed Hawkesbury Rush (1200m) at Rosehill on April 25.

The Mark Newnham-trained mare Greysful Glamour heads the early market for Saturday’s Listed Gosford Gold Cup (2000m) at Randwick at $4.20 in a capacity field of 14 plus four emergencies.