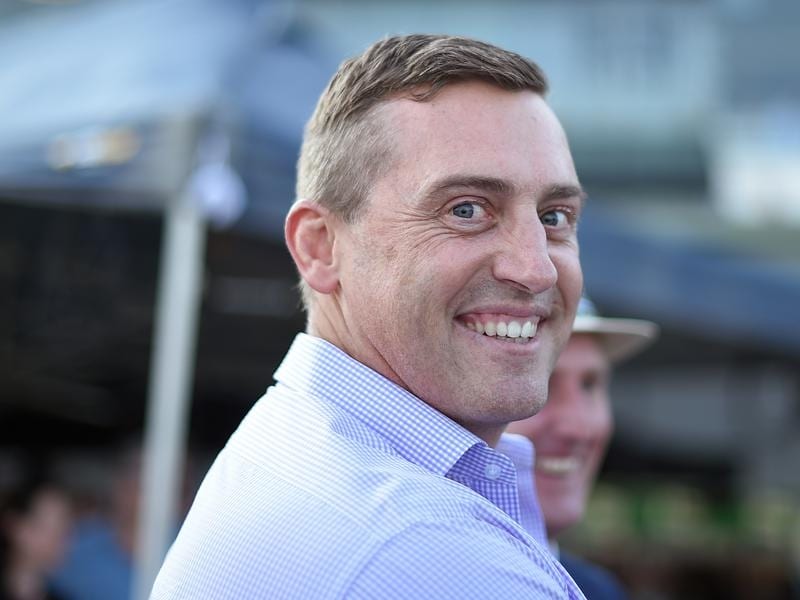 Sugar Boom has had a setback but Tony Gollan still has four chances in the 3YO race at Eagle Farm.

The depth of trainer Tony Gollan’s three-year-old ranks is again emphasised as he prepares four runners for the Ascot Green Handicap at Eagle Farm.

The three-year-old races in Brisbane have been competitive in the off-season and Saturday’s Ascot Green (1000m) is no different.

He also nominated stakes-winning filly Sugar Boom for the Ascot Green but did not accept when she had a minor setback.

“She had an ulcer in her mouth and while it was nothing serious we decided to take no risks,” Gollan said.

“Sugar Boom has a big winter ahead so we will find something else soon.”

Gollan said all four of his runners were nice horses but he held special hopes for The Move, who is raced by an Aquis syndicate.

“I think he might have a good race in him. He won his most recent run before a spell and while the 1000 metres on Saturday might be short of his best I expect him to go well,” Gollan said.

The Move will be ridden by Jim Byrne who rode his first winner back after breaking a leg in December aboard the Gollan-trained Amacita on Wednesday.

“Leadership Spill has finished around top three-year-olds The Odyssey and Exondabeach at his past two starts,” Gollan said.

“He is going well and always tries hard.”

Air Spirit has won two of his past three starts in provincial class and is unbeaten at 1000m.

“He is suited on Saturday. Le Palmier won the Winning Rupert Quality in the summer and this is a big step down in class,” Gollan said.

The six-time premier Brisbane trainer is still on course for 100 metropolitan season winners after bringing up his 70th on Wednesday.

Racing continues in Queensland for the time being with no spectators allowed on course during the coronavirus crisis.