It was a victory that was filled with joy and sadness after the recent passing of Zipping Alberts mother Zipping Midge to cancer.

Owned and bred by the Hallinan Hallinan Syndicate and trained by Karen Pitt, Zipping Albert showed patience and strength when winning the rich $10,000 to-the-winner final in a personal best time of 23.74 over the 425 metre distance.

WATCH: Zipping Albert (B5) win the Jarrod Larkin Gold Rush Maiden Final from Music Event (B4) and Weblec Whirl (B2).

The son of Over Limit and Zipping Midge impressed punters and greyhound fans in the heats last week, showing the same stamina and chase when pushing through to win his heat in a time of 23.77sec.

“He is a greyhound who broke in above average, but he was a really shy dog, so we thought it was best to send him to a smaller kennel,” breeder Camo Hallinan said.

“Karen and Wayne are good friends of ours and we thought their smaller set up would really suit him.”

Interesting enough Zipping Midge defeated breeding companion, and father of Zipping Albert, Over Limit in the Golden Easter Egg – nothing like a powerful woman in the relationship.

Zipping Albert is now unbeaten in two career starts and if his trials are anything to go by, he is only on the improve.

“He just seems to get better with every trial, and how he worked his way around the field in both of his races is something I didn’t expect him to be able to do so well in the early stages because he is shy,” Hallinan said.

“Karen and Wayne are amazing people and they deserve every winner that they get. They are friends, not just people who train our dogs.”

The 2020 Gold Rush Maiden Final makes it two in a row for the Hallinan’s, who won the 2019 event with Zipping Magda paying very similar odds as this year – $5.

Zipping Magda has gone onto win 13 races from 46 careers starts and has raced against the likes of Black Opium, Mister Harlewood and Neo Cleo.

In addition to the Gold Rush Maiden Final, Bendigo also saw the running of the Gray’s Bendigo Stayers Cup and it was Blazing Cartier who snatched victory in the $12,000 to-the winner final for trainer Rob Britton and owner Tomas Rees.

Blazing Cartier’s victory is her second consecutive feature event after she picked up the 715m Gr8 Eight at Sandown Park last week. 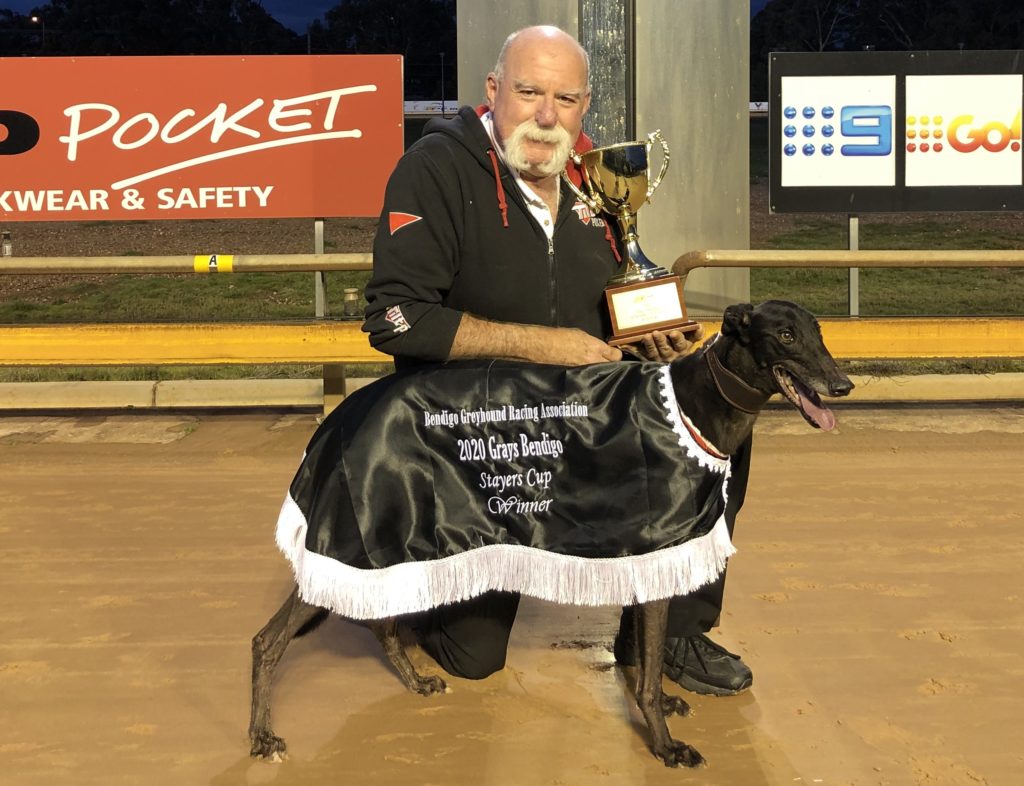