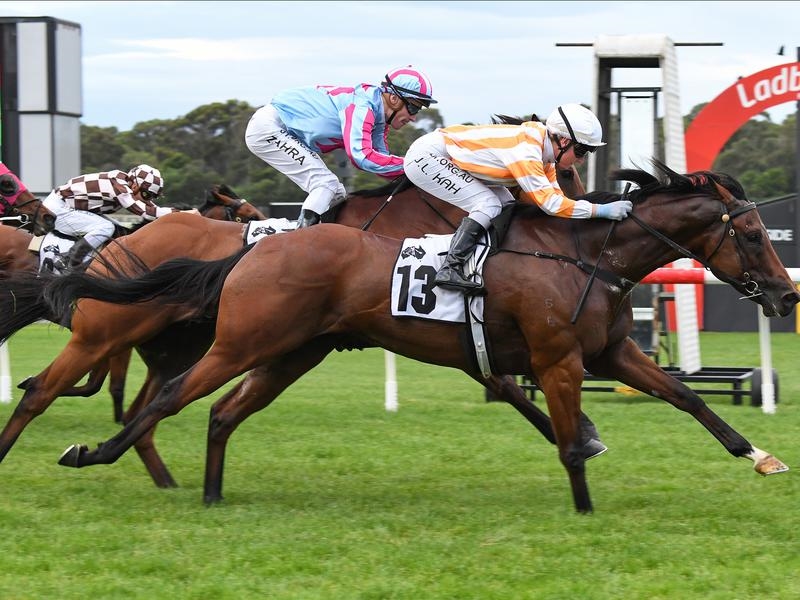 Owner Graeme Ireland is reaping the rewards of a canny yearling sale outlay with Beehunter.

Taking a punt on a new-season stallion can be a risk for any prospective horse buyer.

Graeme Ireland and his son Todd support the Victorian market and spend countless hours going over the pedigrees searching for a potential good horse.

The 2018 Melbourne yearling sale saw the first of the Toronado stock offered and the Ireland boys were taken by two lots.

One was Beehunter, a winner of two races from his seven starts under the care of John Sadler, and runs in Ireland’s colours in the TAB Trophy (1400m) at Flemington on Saturday.

The other was Masked Crusader, an impressive winner of his past two starts for Hawkes Racing, who also runs on Saturday in the Inglis 3YO Guineas (1400m) at Rosehill.

“Their conformation, their looks, everything about the Toronado stock suggested they were quality horses,” Graeme Ireland said.

“We were taking a punt because he was a first-season sire, but the two we liked were Masked Crusader, he was our top pick, and Beehunter.”

Unfortunately for Ireland, Masked Crusader was too expensive, purchased for $340,000, while Beehunter went for $155,000.

Beehunter is raced by the extended Ireland family who have knocked back some substantial offers for the three-year-old from Hong Kong interests.

“The family weren’t keen to sell so we’ve decided to keep him and race him ourselves,” Ireland said.

“It was good money offered but the family wanted to have a bit of fun.”

Beehunter won on debut at Bendigo last October and in March was successful at Sandown over 1400m after coming from last on the home turn.

To be ridden by Damien Oliver, Beehunter shares favouritism for Saturday’s race at $4.20 while at Rosehill, Masked Crusader is an odds-on favourite to extend his winning streak.