The Tasmanian-bred greyhound opened up a huge lead mid-race before being challenged late by True Detective and He Shall Power.

It was a watershed win for trainer Brendan Pursell, who is formerly of the Apple Isle.

The win continued the Lara trainer’s incredible recent run of long-priced winners, having scored 12 city wins in the past fortnight at an average price of $14.80.

Bronski Beat, a 25-month-old son of Fernando Bale and Ainsley Bale, was the slowest of the four heat winners last week in 42.07sec.

He slashed that time by 3.5 lengths this evening, winning in 41.87sec and scoring by half a length.

This was Bronski Beat’s first appearance in a group final, and he landed a $50,000 first prize.

He is the first Tasmanian-bred greyhound to win the Sandown Cup since Chinatown Lad in 2008. 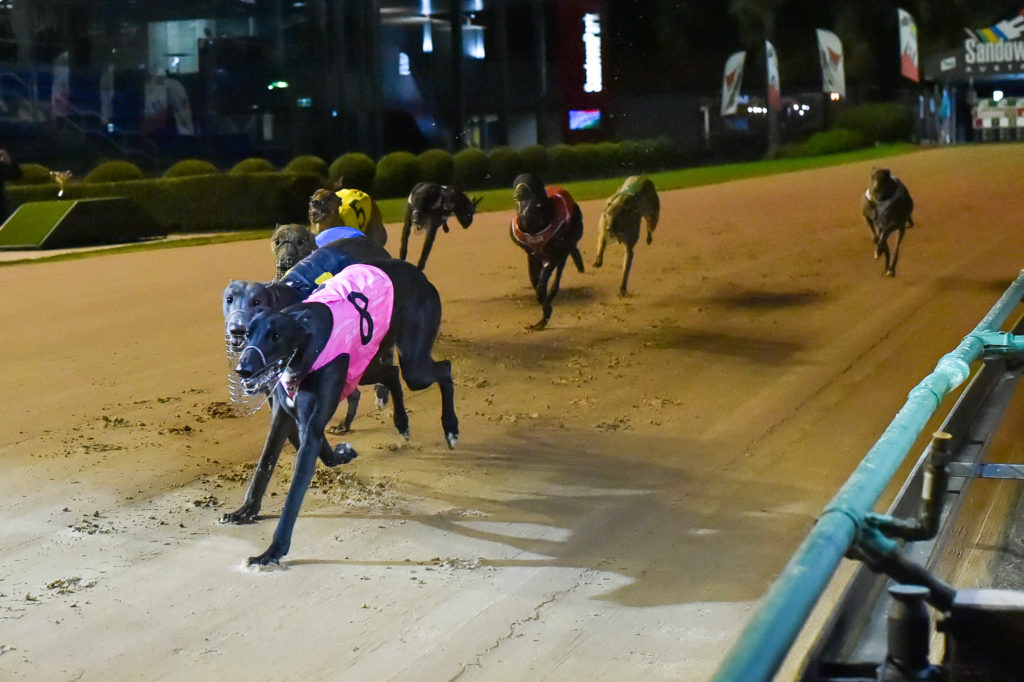 Bronski Beat (8) staved off a late lunge from True Detective. 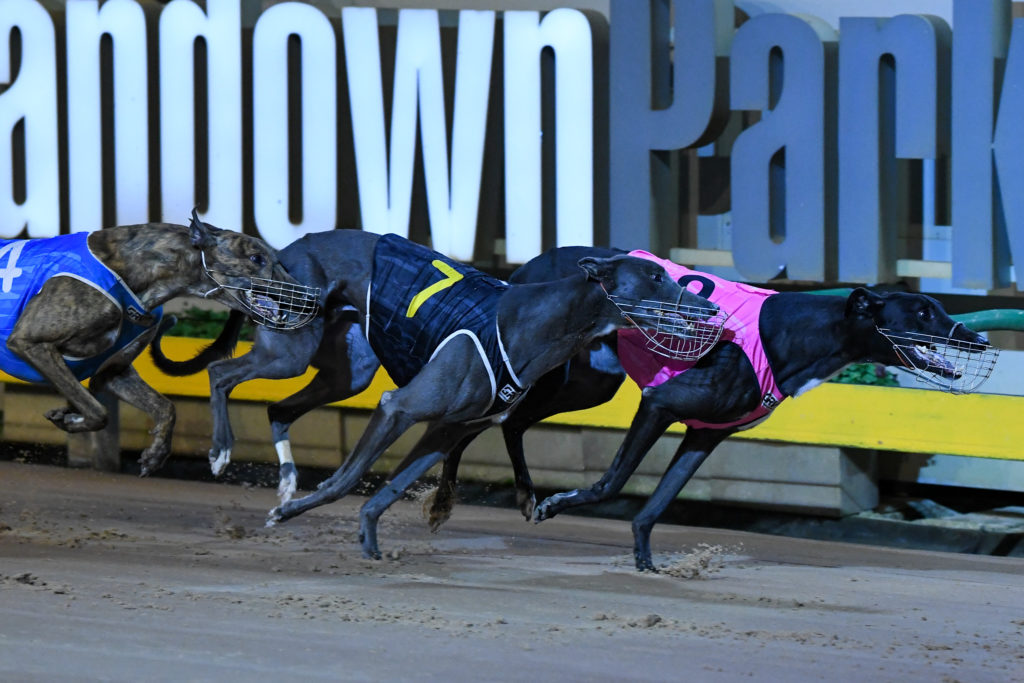 It was a case of too little too late for True Detective (7) and He Shall Power (4), with Bronski Beat (8) winning his first appearance in a group race final.