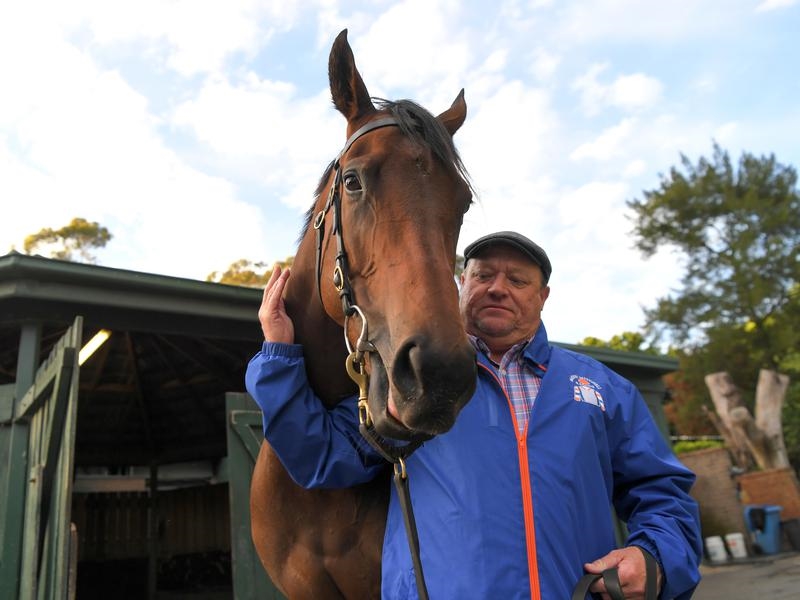 Sunlight has had a trip back to Melbourne to freshen her up for the Goodwood in Adelaide.

Tony and Calvin McEvoy have resorted to travel in a bid to reinvigorate Sunlight ahead of The Goodwood at Morphettville.

Sunlight has been working at Flemington before she returns to the McEvoy’s South Australian base ahead of Saturday’s Group One contest.

Tony McEvoy reasoned the mare had become complacent in the country environment at Angaston and needed a spark ahead of The Goodwood.

The co-trainer said he felt cheated by Sunline’s performance in the Group One Sangster Stakes (1200m) at Morphettville on May 2 when she finished last behind Bella Vella.

“I couldn’t find anything wrong with her and I couldn’t sit on my hands, so I had to make a change,” McEvoy said.

“She has always been stimulated by travelling and I thought she might have been getting a little complacent in the country lifestyle.

“So I put her on the truck and sent her back to Melbourne.”

Since making the trip to Flemington last week, Sunlight has not been idle.

McEvoy has factored in the Sangster race was a non-event and tailored her work accordingly.

“She cheated on me the other day and I can’t put up with that,” McEvoy said.

“I’ve galloped her like she didn’t have that race.

“She galloped on the course proper at Flemington this morning and she’ll continue working this week until she comes back on Thursday.

“We’ve checked her internally, externally, and she’s got a clean bill of health.”

Barend Vorster, who rode Sunlight in the Sangster Stakes, retains the ride on Saturday.

The McEvoys will also be represented by Xilong in Saturday’s race with Paul Gatt to ride.

Xilong showed her Group One potential finishing third to Probabeel and Funstar in the Surround Stakes at Randwick in February and last start won the Euclase Stakes (1200m) at Morphettville on May 2.

“Euclase horses have quite good stats going into the Goodwood and she won well,” McEvoy said.

“Morphettville is a tough 1200 metres and to go as hard as she did and still hold off those good horses getting the suck run off the back of her, she was incredible.”