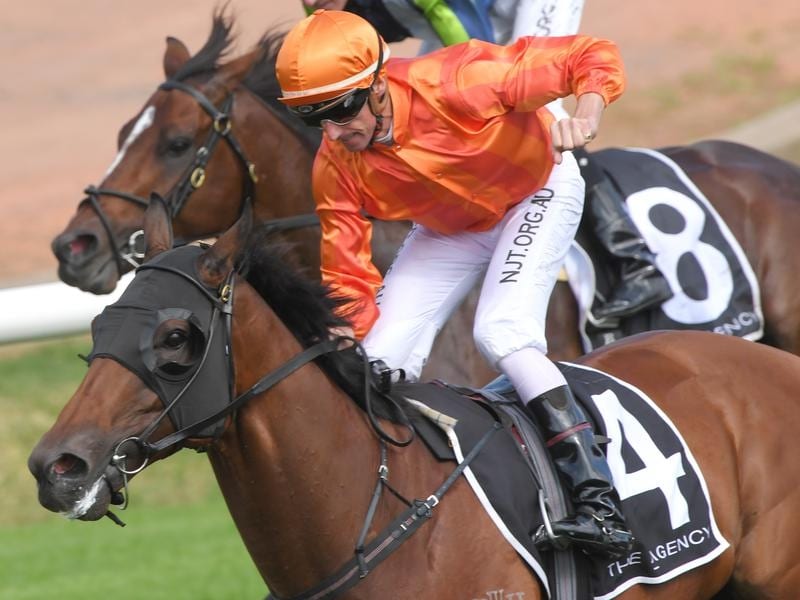 Dreamforce will try to parlay his George Ryder Stakes win into more Group One success at Randwick.

A month after breaking through for his first Group One win, a refreshed Dreamforce will be out to add another against a star-studded field in the All Aged Stakes at Randwick.

The John Thompson-trained multiple stakes winner had placed at Group One level three times in the previous year before upstaging The Bostonian and Te Akau Shark to win the George Ryder Stakes (1500m) at Rosehill on March 21.

“I thought it was pretty well deserved,” Thompson said.

“He’s been a very consistent horse ever since he has been gelded (in 2017).

“He’s won a lot of races but each preparation he’s just raised the bar that little bit and I thought it was well deserving to get the Group One under the hood.”

Thompson resisted any temptation to go to the Doncaster Mile two weeks after the George Ryder with Dreamforce who had a big weight, sticking to his plan to freshen the seven-year-old for Saturday’s weight-for-age All Aged (1400m) at Randwick.

Dreamforce had two weeks away from his Randwick stable working on a water walker to freshen up before returning to continue preparations towards Saturday.

“He’s freshened up and he seems in good order,” Thompson said.

“Nash Rawiller came and galloped him on Tuesday and was happy. Nash said he feels great.”

The All Aged and Champagne Stakes on Saturday’s program are the final two Group Ones of the Sydney autumn carnival.

Seven individual Group One winners figure among the capacity field of 14 plus two emergencies for the All Aged.

Multiple Group One winner Santa Ana Lane was $4.20 favourite on Wednesday ahead of defending champion Pierata and Newmarket Handicap winner Bivouac at $4.80.

That trio finished second, fourth and sixth respectively in the Group One TJ Smith (1200m) on April 4.

“It’s a cracker of a race,” Thompson said.

“The dangers, I think, are the horses coming out of the TJ.

“I think they are the worries but our horse is in good order and that’s all we can worry about.

“It will be good to see him back on a good surface on Saturday. The track should be good with a week of dry weather. He’s best on top of the ground, for sure, and 1400 metres is his pet distance.”

Dreamforce has won six times over 1400m including the Group Two Tramway Stakes at Randwick last spring, while first-up this autumn he was a close second over the course and distance in the Apollo Stakes.