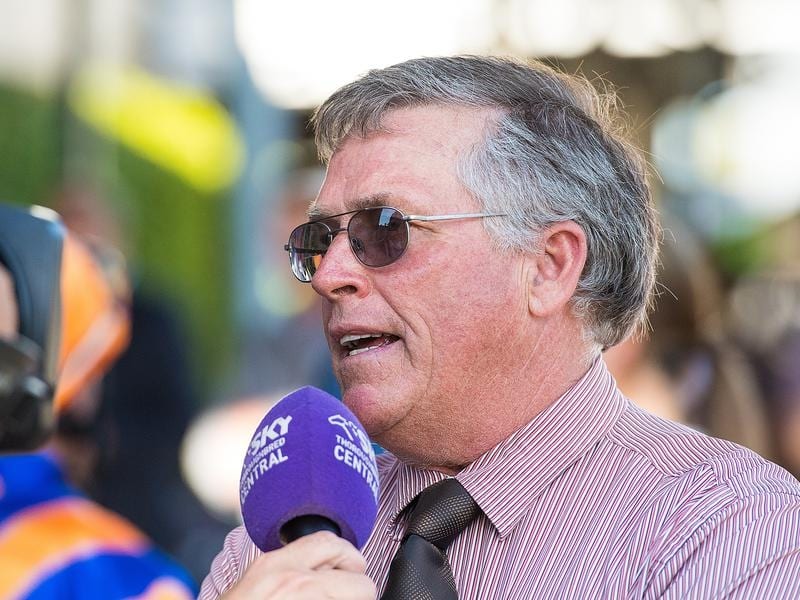 Trainer Steve Tregea will take Command’n’conquer to the Gold Coast to assess his carnival prospects.

Unbeaten Toowoomba gelding Command’n’conquer will be on a look and learn mission when he travels to the Gold Coast.

Command’n’conquer, who stands well over 17 hands, has won his only three starts at Toowoomba, his home track, and Doomben.

At his latest he beat top three-year-olds Vanna Girl and Stampe at Doomben and trainer Steve Tregea decided to aim him for the winter races.

The Queensland winter has been severely truncated because of the impacts of coronavirus and like most trainers Tregea has been left searching for suitable feature races.

In the end he pinpointed the Gold Coast Guineas on May 16 and the Fred Best Classic at Doomben on May 30 as the gelding’s targets.

Command’n’conquer will have his lead up to those races in the Lord Mayor Handicap (900m) at the Gold Coast on Friday.

“The 900 metres isn’t ideal but it was the race which appeared most suitable,” Tregea said.

“The Gold Coast can be a tricky track for horses at their first start there. I want him to have a good look at the track before we head back for the Guineas.

“I could have trialled him but really the race on Friday is a better option.”

Tregea’s other top prospect Niccanova is likely to trial at the Gold Coast on Tuesday.

Niccanova is being aimed at the Group One Stradbroke Handicap on June 6 and will have his first run from a spell in the Victory Stakes at Eagle Farm on May 23.

“I am told Niccanova should make the Stradbroke field and he will get about 52.5kg. It might be his chance to win a Group One,” Tregea said.

“Niccanova and Command’n’conquer worked together on Tuesday and I was very pleased with both.”