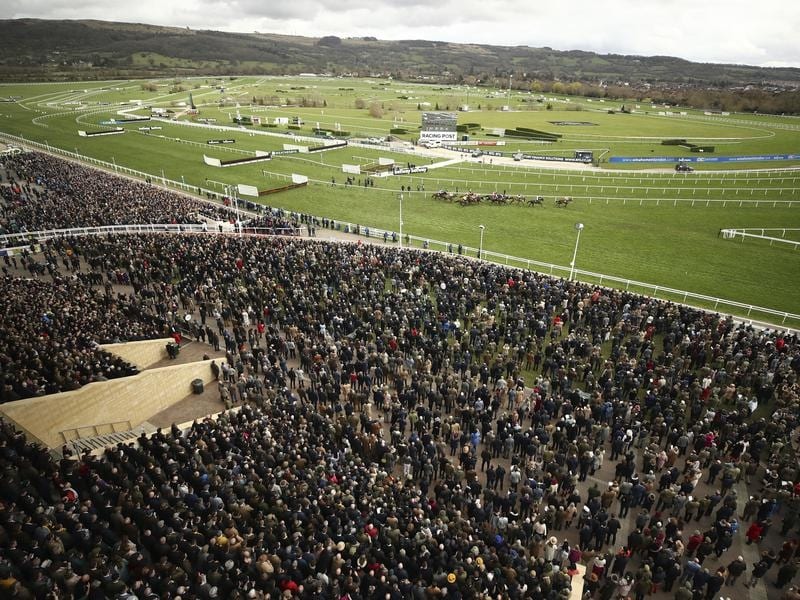 Britain’s Culture Secretary has defended the decision to allow the Cheltenham Festival to go ahead.

Britain’s Culture Secretary Oliver Dowden has defended his decision to allow the four-day Cheltenham Festival days before racing was shut down because of the coronavirus crisis.

Appearing on Good Morning Britain, Dowden was accused by presenter Piers Morgan of “actively encouraging” people to attend Cheltenham and other events such as the Liverpool versus Atletico Madrid football match ahead of the government’s decision in late March to ban them.

“The risk at mass gatherings was no greater or less than it would have been in pubs or restaurants, and the advice at that point was that we did not need to ban mass gatherings.

“As the situation developed, the scientific advice changed and we changed our guidance off the back of it.

“But mass gatherings are not different to any of those other events I described and at the appropriate moment we took the decision to close pubs, to close restaurants.”

The decision to go ahead with the Festival subsequently attracted criticism, but British Horseracing Authority chief executive Nick Rust has underlined the meeting had taken place in conjunction with government advice at the time.

“The decision to go ahead with Cheltenham was taken with government advice and government scientific and medical advice,” he said.

“Many other activities took place that week, we had a Premiership football weekend beforehand, a Six Nations rugby match on the Sunday, Crufts indoors, millions of people were going down the tube in London.

“The advice was keep going. Then things changed that week.

“Winding back to the Tuesday of that week, I think if we’d cancelled racing against government advice at that time for Cheltenham, I just don’t think it would have been the right decision and it would have been widely criticised as being somewhat alarmist.”