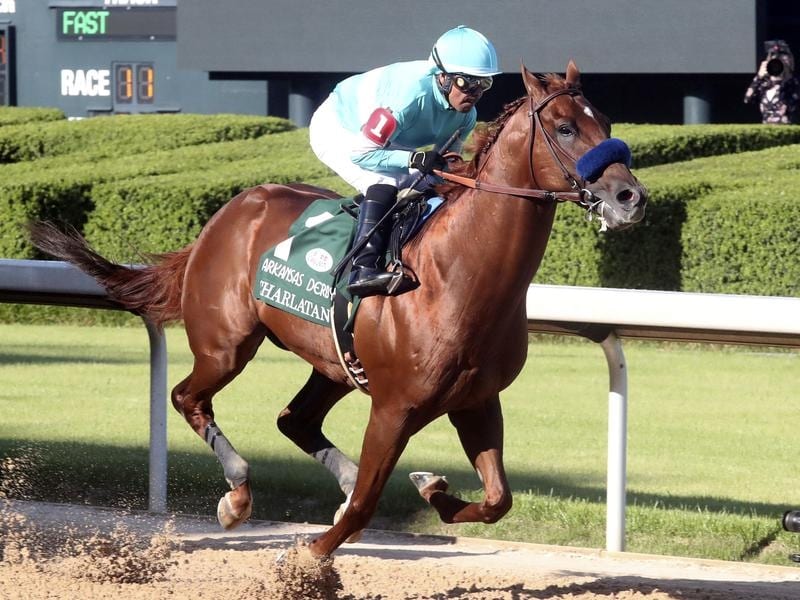 Charlatan and Bob Baffert-trained stablemate Nadal have won the 2 divisions of the Arkansas Derby.

Trainer Bob Baffert has won both divisions of the Arkansas Derby with Charlatan and Nadal who have each earned maximum points towards the Kentucky Derby.

The 1800m-race was run at Oaklawn on the day the Kentucky Derby would normally have been held.

It has been pushed back to September 5 by the coronavirus pandemic and associated restrictions.

Each race was worth 170 qualifying points for the Kentucky Derby, including 100 to the winners.

No fans were allowed because of the pandemic on a day that would have usually been the biggest of the season at Oaklawn.

Charlatan improved his record to three wins from three starts and impressed jockey Martin Garcia with the ease of the victory.

“He did in all within himself,” Garcia said. “I felt someone coming and I let him go. He just took off. That’s a sign of a really good horse.”

Basin finished second and Gouverneur Morris was another neck third.

The race was supposed to be on April 11, but Oaklawn reworked its stakes schedule to run it on closing day on Saturday and split it into divisions because of the large number of horses entered.