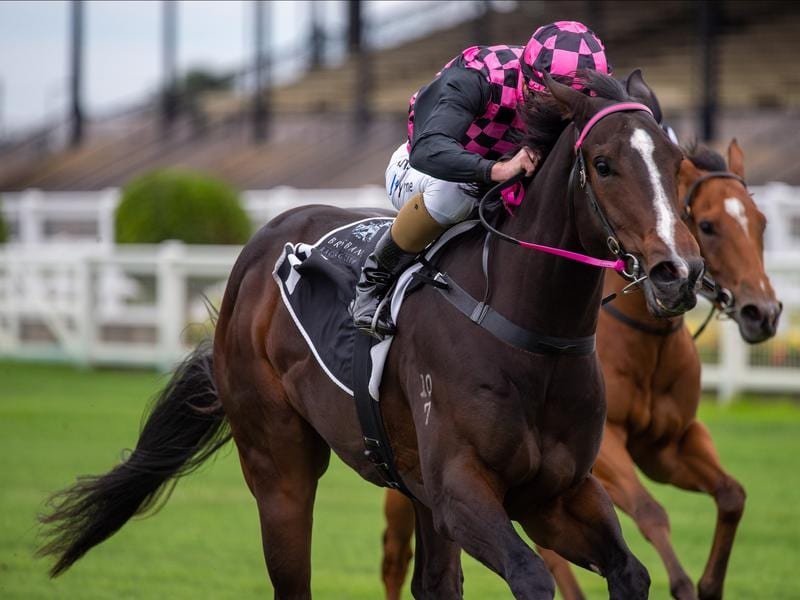 The gelding is now a clear cut $4 favourite for the Group One JJ Atkins in a fortnight.

Starting favourite, Rothfire ($2.45) jumped straight to the lead and went on to score by 1-1/4 lengths to Sydney colt Wild Ruler ($5).

Filly Isotope ($2.70) was a short half-head back in third place.

Rothfire has now won five of his six starts with his only defeat at his previous outings when second in The Jewel at the Gold Coast in March.

Heathcote has a high opinion of Rothfire who is now headed to the Group One JJ Atkins (1400m) on June 6.

“I think he is such a laid back fellow he will handle the 1400m,” Heathcote said.

“I really do have a lot of time for this horse. He has done everything we have asked of him.”

Heathcote loves the Champagne Classic because he won his first Group race when Chenar scored 2000.

“Chenar’s daughter Funtantes won the Champagne in 2009 and now we have won it again,” Heathcote said.

“It is my favourite race.”

The Champagne has also been good to winning jockey Jim Byrne because he had previously won on Virage De Fortune (2005) and Court (2008).

“Bring on the Atkins.”

Ryan Maloney said Wild Ruler has done himself no favours by being slow out and then racing outside Rothfire.

It should be enough to make the JJ Atkins field although she might have to rely on the field dropping away by a few above her on the ballot.