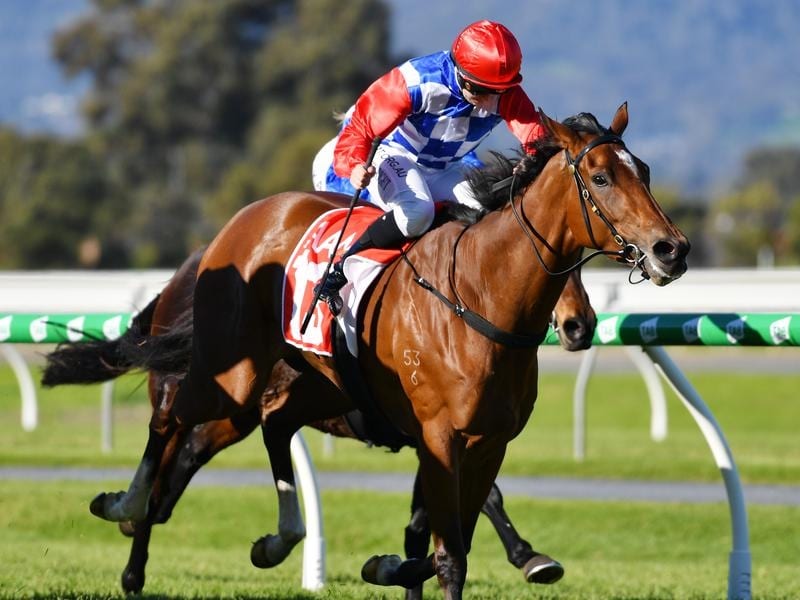 Georgina Cartwright ended a profitable Adelaide stint with a winning double at Morphettville.

Apprentice Georgina Cartwright is looking forward to her return to Victoria where she expects to increase her workload.

Cartwright has spent the past six weeks riding in Adelaide, basing herself in the South Australian capital for the May carnival.

Cartwright was the first of six Victorian jockeys to cross the border, heading over in early April and she will isolate for another two weeks before riding again.

The move struck an early hurdle when Cartwright was suspended at her first meeting out of isolation, putting her on the sidelines for a further 10 days.

But five winners, four in town, including three in stakes races, has made the trip a worthwhile venture.

“I was thinking is this really worth it missing almost a month of riding, but after I won on Jungle Edge it has been worthwhile,” Cartwright said.

Cartwright steered Jungle Edge to victory in the DC McKay Stakes on May 2 which created extra opportunities for the apprentice.

She rode an important double on Saturday, partnering Oasis Girl to victory in the Centaurea Stakes and outsider Chapel City to win the RA Lee Stakes.

Cartwright said she had been approached about a permanent Adelaide move but reduced opportunities in South Australia meant it was not viable at this stage of her career.

“It could be something I could look to in the future,” Cartwright said.

“I come out of my time at the end of the year so it could all depend on what opportunities I’m getting when I finish my apprenticeship.

“But at the moment I find racing three times a week just isn’t enough for me.

“I’ve found myself being a little bit bored during the week as I’m used to a bit of a quicker pace, riding work and then going off to the races.”