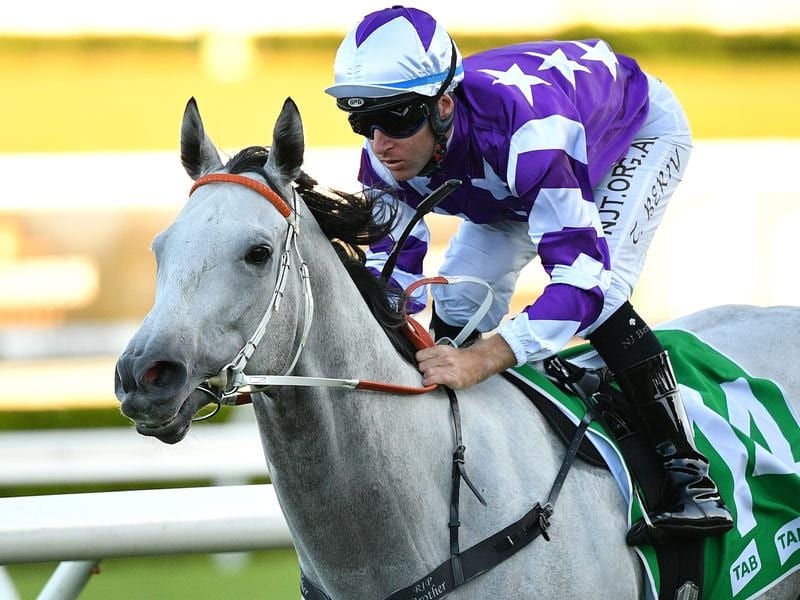 Tommy Berry will again ride emerging sprinter Greyworm when he runs in the Takeover Target.

Tools, rather than thoroughbreds, have been keeping Tommy Berry busy during a recent stint of self-inflicted time on the sidelines.

The top Sydney jockey has endured a run of suspensions, one for careless riding and another for being overzealous with the whip aboard Pierata in his narrow All Aged Stakes defeat.

While Berry has made the most of his time off, he is itching to get back to doing what he does best.

“We’re on five acres so there’s always a lot to do and we’ve got a lot done which we wouldn’t have been able to do otherwise,” Berry said.

“I have barely ridden for the past six weeks so it has been a quiet time.

“But I’ve got some nice rides so I’m really looking forward to it.”

Having dipped his toe back in with three rides at Canterbury midweek, Berry heads to Randwick on Saturday for what shapes as a strong book of mounts.

He combines with the Hawkes Team in the two feature races, riding Scarlet Dream in the Listed Gosford Gold Cup (2000m) and consistent sprinter Greyworm in the Listed Takeover Target Stakes (1200m).

Both races take on a new complexion this year having been moved from the tight-turning Gosford circuit to the wide expanses of Randwick because of coronavirus restrictions.

“The Gosford Cup at Randwick, I never thought I’d see it,” Berry said.

“But there’s a lot of things that have happened over the last two months we never thought we’d see.

“It’s nice to see the meeting getting all the support it deserves because it has got good cattle in both races.”

Runner-up in last year’s Australian Oaks, Scarlet Dream joined the Hawkes stable this campaign, kicking off with a luckless second in a Listed race at Caulfield before finishing unplaced on an unfavourable wet track in the Easter Cup.

She has been given a month between runs and if she brings her A-game, Berry expects her to be contesting the finish.

“She’s had the switch of states which normally freshens them up and gets that spark back into them,” Berry said.

“Off her best form, she will run very well.”

Greyworm is the early favourite for the Takeover Target Stakes after leading throughout and dominating the Hall Mark Stakes last start at the same track and distance.

Berry expects him to be hard to beat again despite a 3-1/2 kilo weight rise.

“He got an easy time in front but he kicked home and ran good sectionals and the four horses behind him were all Group One winners,” Berry said.

“He’s not an overly big horse so to lump that weight is going to be a new challenge for him. But he’s a tough little thing, he doesn’t throw in the towel easily.”

That is not the case for Berry and his tool belt, which he is happy to be swapping for a saddle.