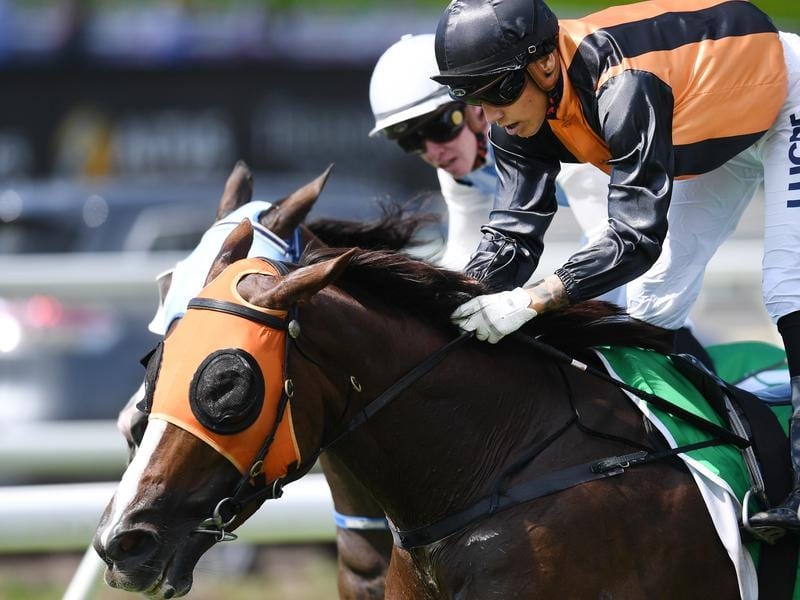 Benfica Princess will be chasing an open-class win when she races at the Gold Coast.

Tough mare Benfica Princess’s consistent form has earned her an extra year of racing before heading to the breeding barn.

Trainer Kelly Doughty has placed Benfica Princess to perfection and she has won nine races including a victory at Eagle Farm over 1840m last month.

However, she gets a chance to win her first open company race in the Might and Power Handicap (1800m) at the Gold Coast on Friday.

“I would love for her to win in open company as she has been so honest for us,” Doughty said.

“Racing Queensland has given us a chance to run for metropolitan prize money and a win on Friday will look good on her record.”

“Provided the race is run a genuine pace she should be hard to beat.”

A six year old mare, Benfica Princess would normally be a prime candidate for stud later this year.

“I think she can have another year of racing and go to stud at the end of next year,” Doughty said.

“She is sound and racing well so there really isn’t a rush to get her to the (breeding) barn.”

Doughty and her husband Gary are hoping for a family hometown track double on Friday.

Gary Doughty is the trainer of Time To Play who is third up in the Pink Horse Racing Handicap (1400m).

Time To Play has won five races at the Gold Coast and three of them were at 1400m.

He is out of the mare Eminence Grise who has produced several smart gallopers for the Doughtys including Black Cash and Time To Torque.