Three of the sport’s biggest names have set the Bendigo Cup series alight, taking out the final three heats with mind-blowing runs this afternoon.

Tiggerlong Tonk and Hard Style Rico took the racing action to a new level when they won heats six and seven, but then Shima Shine took it one step further in the final qualifier, setting a new track record for the 425m trip with an eight-length romp in 23.35sec.

The previous record was 23.37sec, held by Jim Zarr Dashian.

Shima Shine was the $5.50 favourite to win the Bendigo Cup prior to the heats, and he’ll now aim to capture the first group win of his career in Friday night’s final.

The runner-up in last year’s Million Dollar Chase in Sydney, Shima Shine is a son of Geelong Cup winner Shima Song, and this was his second track record, to go with his 450m record at Ballarat. 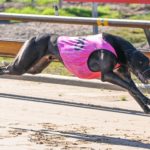 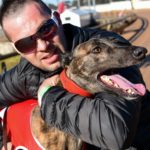 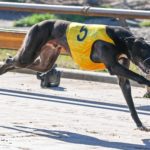 WATCH: SHIMA SHINE (8) cruises to a breathtaking win in a track record 23.35sec.