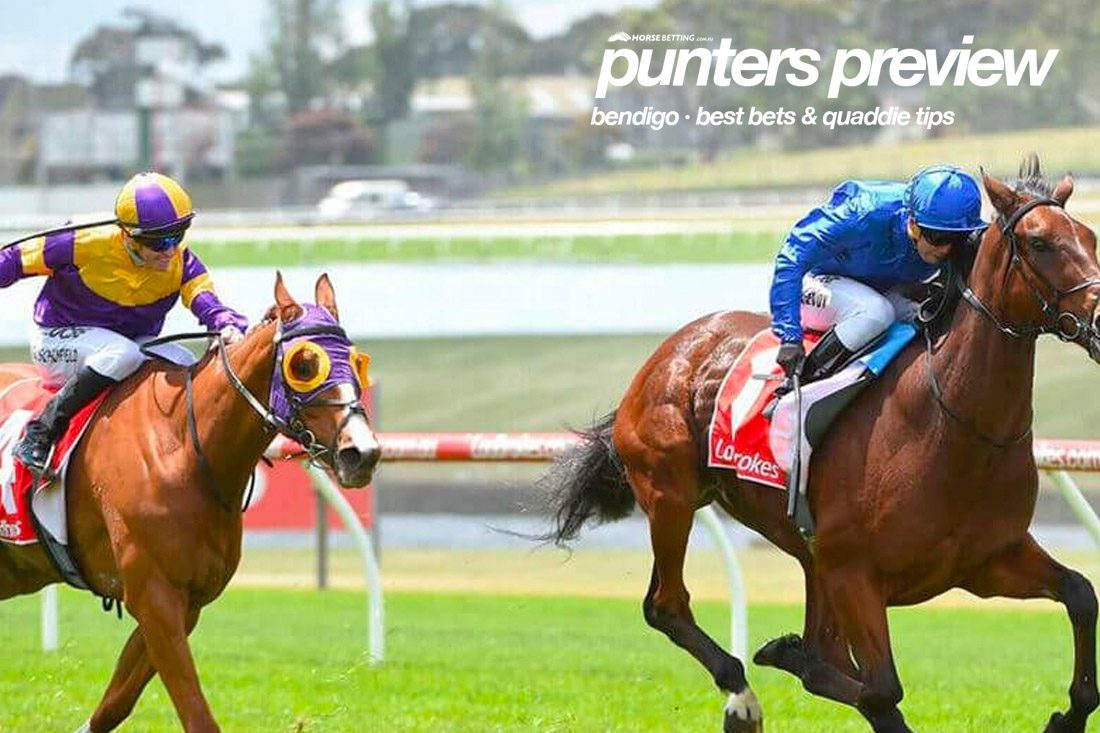 HorseBetting’s Victorian racing analyst presents you with his best bets, value bet and quaddie selections for Sunday’s eight-race card at Bendigo. There are a few classy conveyances racing at this meeting, with a number of regally-bred horses expected to run well. The track is currently a Heavy 9 and the rail is in the true position for the entire course. The first of eight races is scheduled to begin at 12:20pm AEST.

In three runs this preparation, the Simon Zahra-trained Bioluminescence has finished second, but we are confident she can buck the trend on Sunday. The four-year-old by Savabeel was eye-catching two starts back against the promising Cadazio, finishing two and a half lengths behind the Victoria Derby prospect, while she only just missed at this track and distance last start when almost leading all of the way. From the wide gate, McDougall will take her forward and she should be right in the finish.

Next Best at Bendigo – Custodian

We are hoping that Custodian can show half as much promise as his half brother has. By Shalaa out of the dam Honesty Prevails, this Anthony & Sam Freedman-trained colt is a half brother to the Group 1 winner Profondo. The three-year-old has only had one career start, finishing three lengths away in sixth in the Group 3 Black Opal at Canberra back in March. The Freedman stable have elected to take the Blinkers off on Sunday, which is going to allow him to relax a bit more, rather than overdo it like he did on debut. Ben Melham hops in the saddle, so he will give him the best possible steer from the inside alley. Custodian should be able to get his maiden out of the way here.

Cerberus is another horse who has shown plenty of ability. Purchased for $750,000 as a yearling in 2020, the son of Dundeel ran third in his first two starts, before taking out the Listed Hill Smith Stakes last October, defeating this year’s Group 1 South Australian Derby winner Jungle Magnate. Cerberus held his own in the VRC Derby, finishing 10 lengths behind Hitotsu and Alegron. Now trained by Michael Cornish & Donna Gaskin, the four-year-old entire comes to the races ready to win after a comfortable trial win at Tatura on July 18. While he does have a big weight and a wide barrier to contend with, he should be a bit too classy for this field.