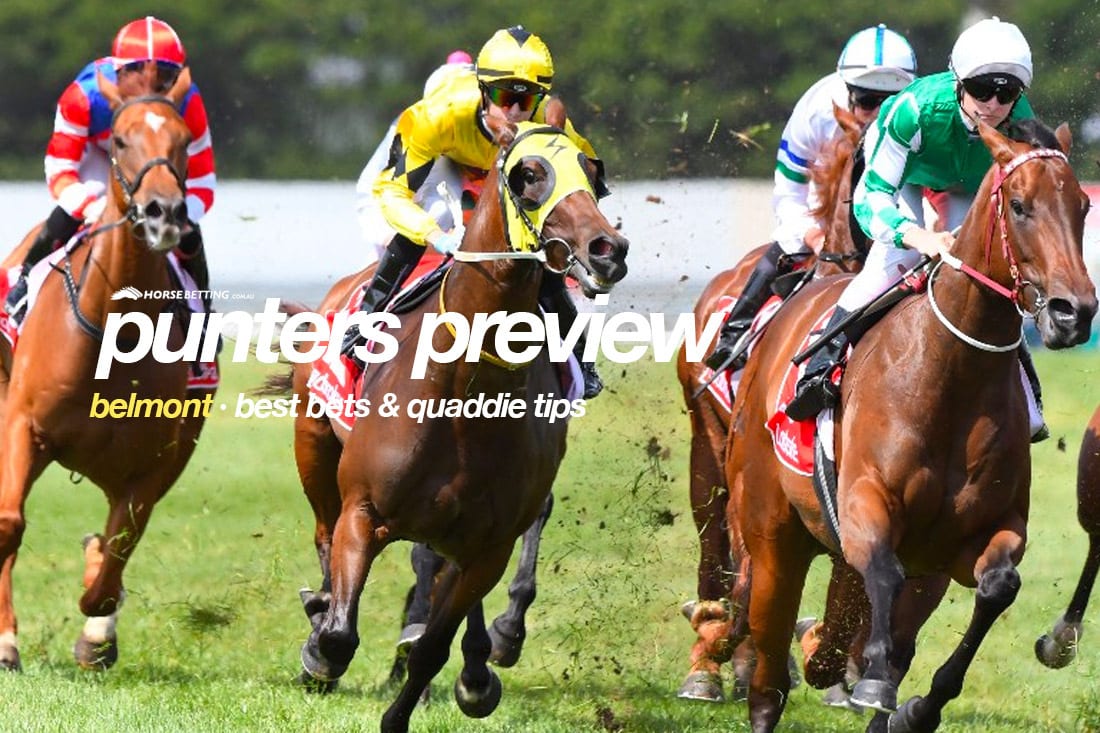 Belmont Racecourse is set to play host to nine races on Saturday, including the Listed Beaufine Stakes. We have a tip in the race along with our best bets and quaddie numbers for the day. The track is rated a Soft 5, the rail is out 3m for the entire course, and the meeting is set to get underway at 12:03pm AWST.

Five-year-old gelding Wilchino resumes in Saturday’s feature in what will be his first start since a disappointing last-place effort in last year’s Group 1 Winterbottom Stakes (1200m) when favourite. The Daniel Morton-trained sprinter is unbeaten at Belmont and won six-straight races in the lead up to his Winterbottom failure. The son of Maschino gets in light with the minimum weight of 54kg and has the racing pattern to prove hard to beat. Shaun O’Donnell will send the horse forward from barrier eight and give his rivals something to catch.

Bitofmerit will be shooting for four consecutive victories to kick off his career when he lines up in Saturday’s 1200m 3YO Handicap. The Michael Campbell-trained son of Demerit has been very impressive winning his first three starts, with the most recent of those coming off a six-month spell when he stepped out at this track on June 25 over 1000m. Lucy Warwick has ridden Bitofmerit in all three starts, so she is getting to know the three-year-old very well, which will be handy as the horse steps out beyond 1000m for the first time. From gate nine, Warwick won’t be rushing this horse to find a forward position, as he has come from different places in the run in all three wins. This doesn’t look any harder.

Next Best at Belmont – Paddy’s Lad

Two-year-old gelding Paddy’s Lad was a stylish winner on debut at this track over 1200m, pulling away under Laqdar Ramoly to win by over two lengths. The son of Playing God looks a classy conveyance, so although he was sent out at big odds on debut, we expect him to go on with the job and once again prove hard to beat. He does have to carry an extra 2.5kg on Saturday as senior rider Brad Rawiller replaces the apprentice, but that shouldn’t worry this galloper. From the outside alley, Rawiller will look for a midfield position with cover and allow this youngster to let rip in the straight.

Daniel Morton can have a good day out on Saturday at Belmont, especially if three-year-old Buzzoom can return to form in the last. The filly by Safeguard missed the places only once from her first 13 starts, winning five and finishing second six times, but she has just struggled this preparation, finishing midfield in her past three starts. She has the class to win this Rating 72+ Handicap because she is a Listed winner and is placed at Group 3 level when a long odds-on favourite. Brad Rawiller will take over from Shaun O’Donnell, who sticks with Em Tee Aye, so we are hoping Rawiller puts her up on the speed rather than dragging her back. She is good enough.