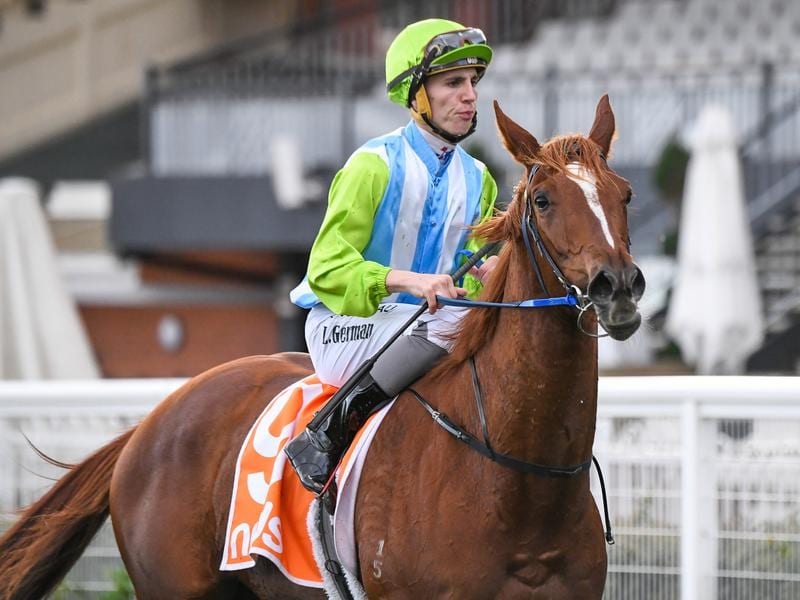 Apprentice Lewis German brought up a double at the meeting when News Girl won at Caulfield.

Having won the race earlier in the day named after his mentor Darren Gauci, apprentice Lewis German has recorded a metropolitan double at Caulfield.

After recently transferring his indentures from the Lindsay Park stable to Enver Jusufovic at Cranbourne, German was delighted to land a Saturday city double.

“It’s been a very good day and I’m very grateful for the opportunities,” German said.

“I’ve just transferred to Cranbourne for three months to open up other opportunities to build relationships with other trainers.”

Because of travel restrictions brought on by coronavirus, Duryea stayed in Corowa and relied on the help of Wangaratta-based trainers Renee and Michael Hoysted.

“I rode for Renee’s grandfather and Michael’s father and I cannot say how much I owe them in appreciation for helping me with this horse across the border,” Duryea said.

“It’s very difficult living across the border at the moment. If I cross it then I can’t even go to trackwork with my horses.”

Duryea said he had considered scratching News Girl when the track was downgraded to heavy.

“My son Paul is on track and I told him to talk to Lewis beforehand,” Duryea said.

“We avoided the Cup meeting at Wagga because it was really heavy there, but Lewis was confident that if he could get to the right lane where the track wasn’t as bad then we’d have a go,” Duryea said.

A $6 chance, News Girl defeated Corsucate ($5.50) by three-quarters of a length with Esperance ($6) two lengths away third.