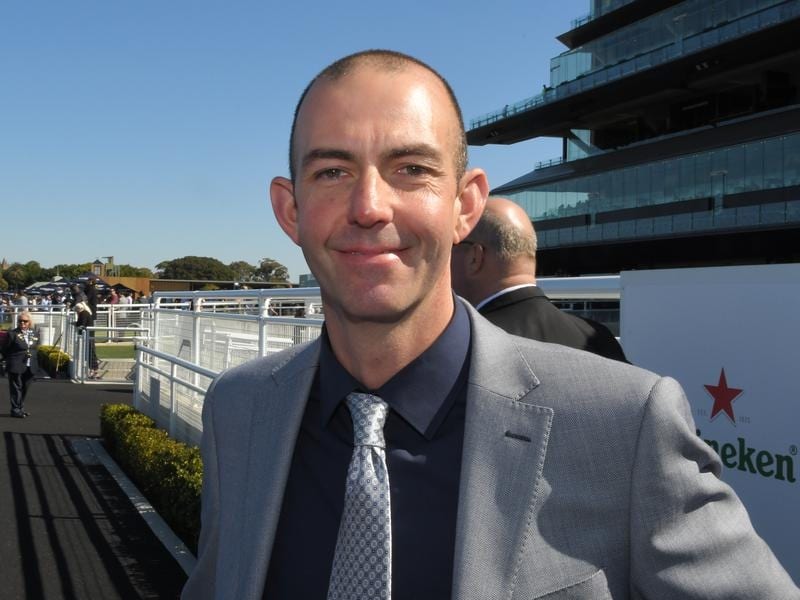 Trainer Jason Coyle admits he is throwing Air To Air in at the deep end in the Inglis 3YO Guineas.

Jason Coyle knows Air To Air faces a mammoth task in the Inglis 3YO Guineas but the trainer thinks enough of the filly to warrant giving her a crack at the $200,000 race at Rosehill.

Air To Air is Coyle’s only runner on Saturday’s program after dual stakes-placed three-year-old filly St Covet’s Spirit was balloted out of the Group Three Dark Jewel Classic (1400m) which has attracted a capacity field of 16 plus four emergencies.

In contrast, the Inglis 3YO Guineas (1400m) has only a field of seven but there is no shortage of quality with boom three-year-old gelding Masked Crusader entered to back up after his effortless win at Randwick last Saturday.

Masked Crusader was installed an odds-on favourite in an early market on Wednesday with impressive last-start Hawkesbury Guineas winner Dawn Passage next at $3.80.

Air To Air has only raced three times and broke through for her first win at Kembla Grange last start when scoring by three lengths in a 1600m maiden.

“Obviously it’s a massive step up in grade but she’s a horse who I’ve had a really nice opinion of,” Coyle said.

“She won’t get to run in the race in 12 months’ time and last start she did what I had probably been expecting from her, but probably not over the distance I thought she would.

“I thought she might have been a little bit sharper early but possibly a combination of a bit of race experience and stepping out in distance was a positive for her last start.

“Racing in Sydney is strong, full stop, but the race has probably come up with a couple of horses with more ability than you’d probably expect.”

St Covet’s Spirit finished 2-3/4-lengths second to Dawn Passage when he won the Hawkesbury Guineas last month, so Coyle has some sort of measuring stick when assessing Air To Air taking her place in Saturday’s race.

“I’m hoping to get a line through that and say Air To Air has shown me enough at home to suggest that she can at least line up against that sort of horse and be competitive,” he said.

“But it’s probably a stronger race than I would have anticipated.”