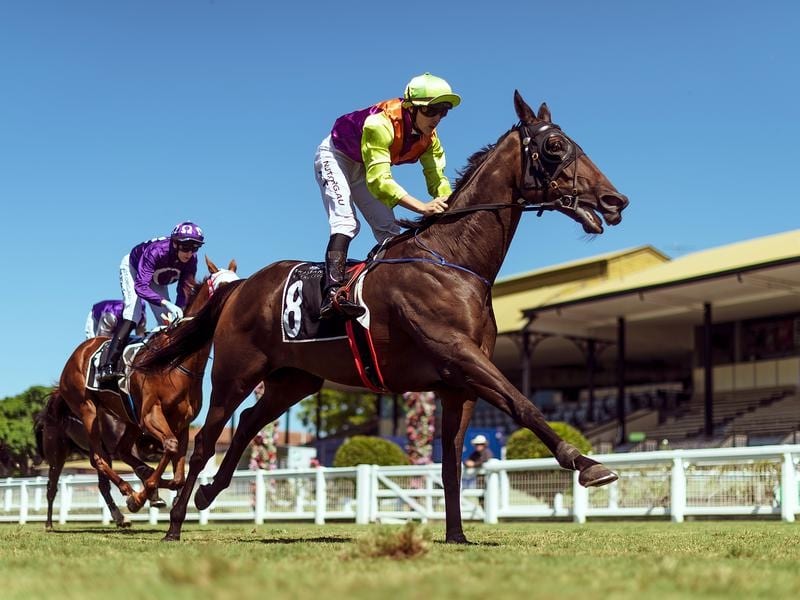 Veteran Brocson appeals as one of the better chances in the Millers Swim School Handicap at Doomben.

It is little wonder Deagon trainer Michael Lakey says he would love a stable full of horses as tough as Brocson.

The nine-year-old gelding is getting better with age and will line up for his 79th start in the Millers Swim School Handicap (2200m) at Doomben on Saturday.

Brocson has won eight races and been placed 19 times but it is in recent times he has come to the fore.

A son of the former top miler Telesto, Brocson was regarded as a battler running in races around 1600m.

However, Brocson has found new vigour as a stayer and has been in good form over longer trips.

His past five starts have produced a win and three seconds at distances from 2030m to 2400m.

Lakey said Brocson seemed to love racing and had found a new niche at staying distances.

“He just keeps going and his win over 2400 metres at Eagle Farm recently was very strong,” Lakey said.

Apprentice Adin Thompson has formed a strong partnership with Brocson and will replace senior rider Brad Stewart on Saturday.

“Adin has won on Brocson so he does look nicely placed,” Lakey said.

The Ciaron Maher-David Eustace partnership will need to provide a veterinary certificate before top weight Quality Seeker can start.

Quality Seeker was a well-beaten fifth at Doomben two weeks ago.

Before the race the gelding was resaddled at the start and then had to be reshod when he lost two plates.

Quality Seeker was found to be sore in the near fore foot but is expected to be fit to run on Saturday.