King Colt may not have won a feature race or broken a track record but he’ll forever hold a special place in Victorian trainer Geoff Scott-Smith’s heart.

Pakenham South-based Scott-Smith, who trained King Colt for NSW owner/breeders Glenn Starr and Tanya Nieuwendyk, made the decision to retire the son of the great Brett Lee after he finished unplaced at his last three starts at Sandown.

Missing a top three finish was something of a rarity for King Colt throughout his 105-start career, which saw him victorious on 21 occasions, with 21 seconds and 18 thirds, netting $105,490 in earnings.

“He pulled up fine after his run last week and he could keep racing but he’s four years and nine months old,” Scott-Smith explained.

“He’s had a great innings and I don’t want to keep pushing him.

“He’s been a real soldier and a fantastic dog to have in the kennel.”

King Colt won six sprint races at both Sandown and The Meadows and while he didn’t appear at Group level he was a reserve for the Sale Cup Final in 2018.

“If he’d had another yard of pace early he would’ve been up there with them,” said Scott-Smith.

“He ran 29.37s at Sandown one night, which is a pretty good run, and he always ran an honest race. He basically ran in town most of the time and he ran a lot of seconds, so with a bit more luck his record could’ve been much better.

“He’s a very nice-natured dog and he was never any trouble but I’d say he was a bit of a one-man dog. If he left my side he’d be looking around.”

King Colt will now return to his original home in NSW to enjoy retirement.

Scott-Smith is well-known for his association with superstar Dundee Osprey and while the three-time Group 1 winner’s stud career was tragically cut short by his untimely passing, he’s still making his mark, most notably through the deeds of boom stayer He Shall Power.

Like his sire in 2017, He Shall Power was recently placed in the Sandown Cup and he appears to be a staying star of the future.

“He Shall Power is showing a lot of promise and there’s another couple of good ones in his litter too,” Scott-Smith said.

“Dundee Osprey also had a winner at The Meadows on Saturday night, Lektra Yoyo.

“I’ve got a litter to Dundee Calypso that are just starting to break-in. He’s also got pups in America and some of them are nearly ready to hit the track.

“I’ve still got a couple of straws but there’s not many left.” 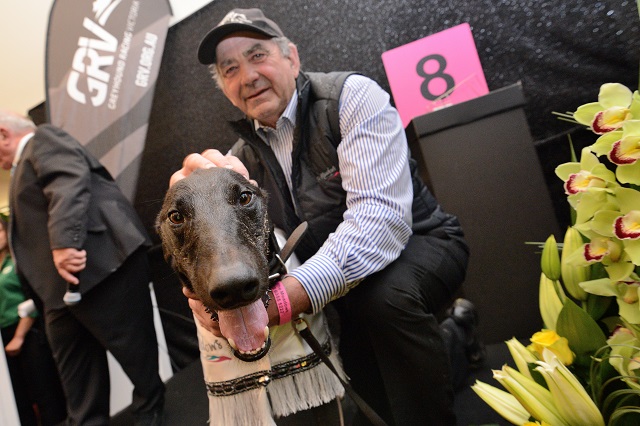