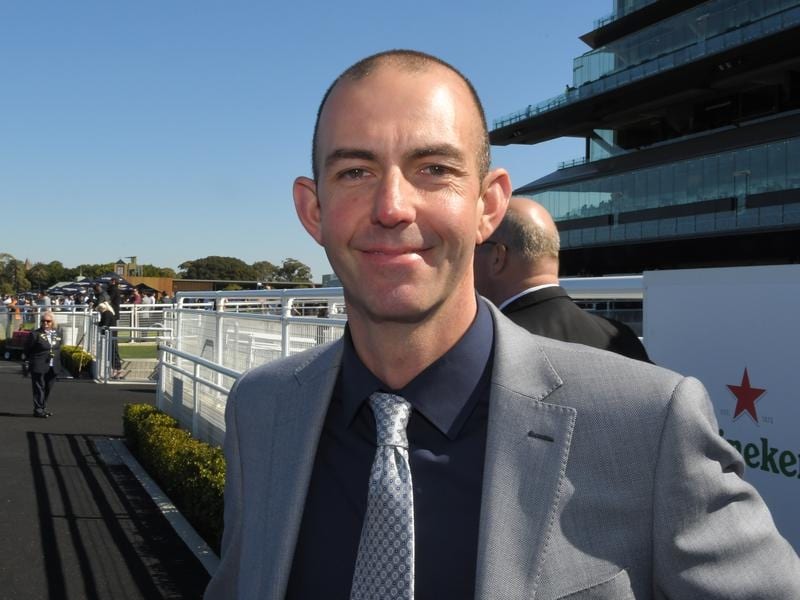 Despite St Covet’s Spirit being no match for the exciting Rubisaki in the P J Bell Stakes, her trainer Jason Coyle saw encouraging signs in the filly’s return at Randwick.

And while Rubisaki is the short-priced favourite again for Saturday’s Group Three J H B Carr Stakes (1400m) at Randwick, Coyle is looking forward to seeing what improvement $41 chance St Covet’s Spirit can show.

Coyle has thought highly enough of St Covet’s Spirit to run her in four Group races for fillies so far in her nine-start career.

Her best performances was fourth in the Group One Flight Stakes (1600m) last spring.

St Covet’s Spirit resumed from a spell in the Group Three P J Bell (1200m) on April 4 and settled back after a slow start before working home for fifth, beaten five lengths.

Rubisaki, who has seven wins from nine starts including five from five this season, was a convincing 1-1/2-length winner of the race and is $1.65 favourite to win again on Saturday in a field of 10.

“I thought she reeled off some solid sectionals late so she’s obviously going to benefit from that run and I think she will really appreciate stepping up to 1400 metres,” Coyle said.

“Rubisaki is obviously the horse to beat. She’s a filly in outstanding form and looks like only having to probably turn up in the same vein of form to be very hard to beat.

“But we met her first-up over 1200 metres so I’d like to think she’s got a bit of improvement in her and I think they’ll know she’s there on Saturday.”

“The big thing with her is she’s always struggled to probably relax a little bit,” the trainer said.

“There were good signs first-up that she switched off straight away and she only has to switch off in the run over 1400 and I know she can be very strong late.”

Jason Collett rides the filly with regular partner Kathy O’Hara in two weeks isolation ahead of a change of riding zones prompted by the COVID-19 protocols.